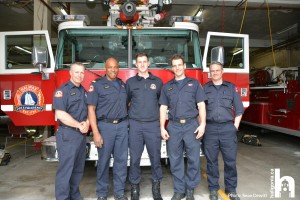 Hugo is in Halifax as part of an internship from the University of Bordeaux, France. 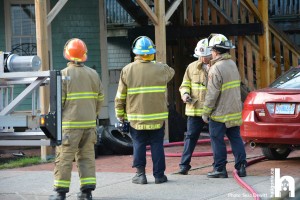 He is in the Halifax for 10 weeks studying, and reporting,  on the working conditions of firefighters, and he is here due to the efforts of Fire Chief Trussler.  Hugo, who is very interested in firefighting, has said he hopes to one day train and become a firefighter back home, and was happy to take advantage of the opportunity  to come to Halifax for his studies. 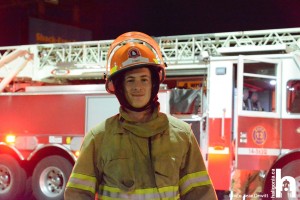 Hugo’s duties are to ride along with a fire crew to any and all scenes that our fire crews respond to.  He observes the job in several ways.  One part of his job is to study contamination of fire crews, equipment, clothes and vehicles.  Using equipment that measures various types of contamination, including smoke, air quality  and ash, he records his results from scene and after returning back to station.  He studies the decontamination process that firefighters use, and keeps records.  He also records other environmental conditions faced by fire crews, including noise pollution. 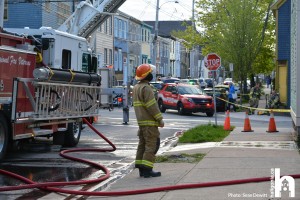 Hugo works closely with Safety Officer Sean Virgin, who helps guide Hugo.  His studies are also aided by Dalhousie University’s Life Science Department, who are also studying Hugo’s results closely.  He will submit a finished report at the end of his rotation with HRFE to both his school in France and Dal.

As part of being in the Halifax area, Hugo says he really likes the area.  He is getting along very well with fire crews that he is working with, and he says that the people and sights of Halifax will stay with him long after he is back home.  The firefighters on shift at Station 13 say that Hugo is very welcome, and they enjoy having him here.

Hugo has several weeks remaining in Halifax.  With warmer weather coming up, he hopes to see as much of our city as he can and to meet many people as his studies go on. 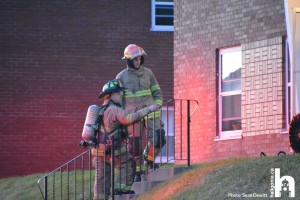