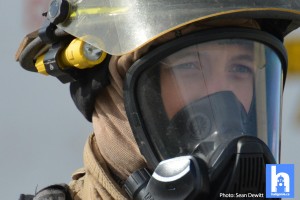 Hazardous Material (HAZMAT) responses are a major, and serious, part of firefighters responsibilities, and the HRFE take these calls very seriously. 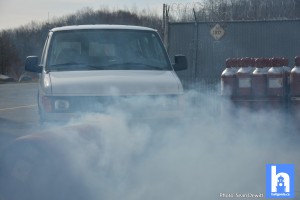 Firecrews deal with differnt types of hazardous materials almost daily, most being minor or easily tended to (such as a gas leak after a motor vehicle accident) and pose very little risk to the community or the environment. 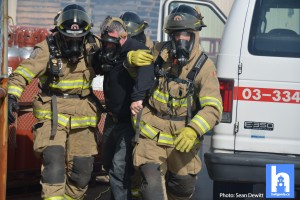 Regardless of size and type of material they are exposed to, firefighters know that any tasking should never be taken lightly. 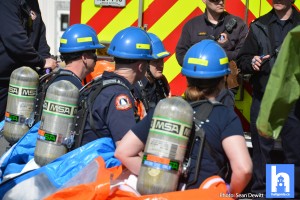 This week, fire crews from the HRFE will be taking part in a series of practice and requalification scenarios, with today focusing on several realistic scenarios. 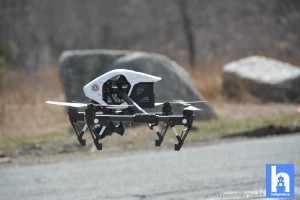 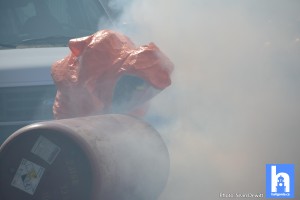 HAZMAT situations can have a wide affect.  From gas leaks to more potent leaks, the risk to life and environment is a top priority for the crews who challenge these spills head on. 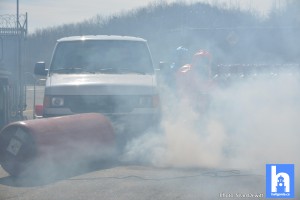 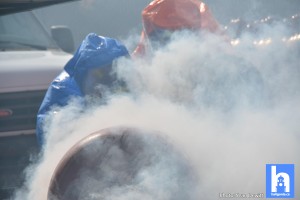 Transportation can also contribute to HAZMAT spills.  Trains, transport trucks and boats ship hazardous materials throughout the world daily.  The risk of spills and contamination is very realistic. 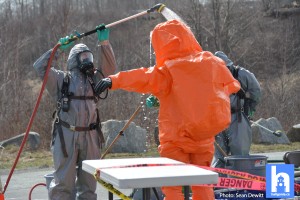 Fire crews are prepped for the entire range of HAZMAT calls which does include nuclear, biological and chemical.  In many cases, our fire crews will be the front line in a HAZMAT call. 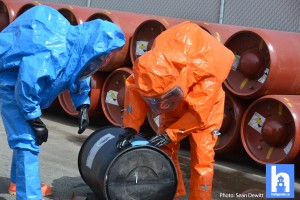 When needed, they will also team with specialists such as natural gas companies who may be called to tend to a gas leak. 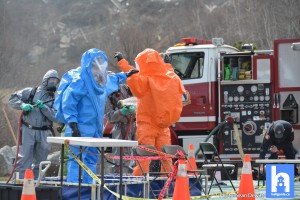 For the training scenarios in these photos, crews had to respond to 2 types of chemical threats; one of which also involved a rescue of a driver from a truck involved in a HAZMAT scenario.  Fire crews faced very realistic scenarios fully dressed as needed for the calls they were responding to.  This includes the decontamination process between every action in the hot zone. 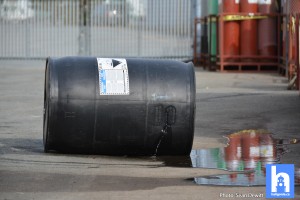 Firefighters identify the problem using technology to quickly research the chemical type involved in the scene, putting into practice a full and safe tactical response.  Crews were monitored by qualified instructors and allowed to problem solve as they saw fit.  At the end of every scenario, crews debriefed and discussed events. 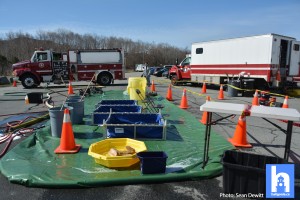 Crews use many types of tools to aide and assist with HAZMAT calls, including computers for chemical research, monitors, air testers and a drone, which can be used as an advanced recon of a hot zone visually and with the very useful heat monitor camera. 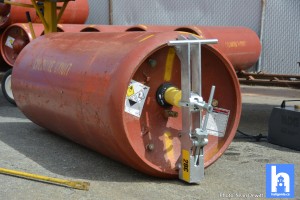 This can show crews in advance a heads up of where the troubles may be located as well as other hazards that may be within the working zone of the responders.  Advanced intel on any given scene saves fire crews time and helps zone in the important task ahead of them. 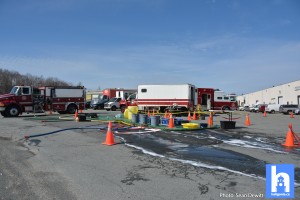 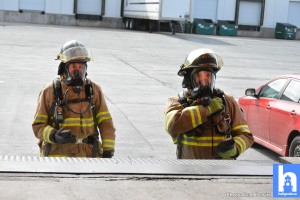 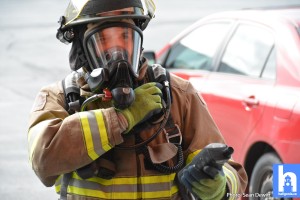 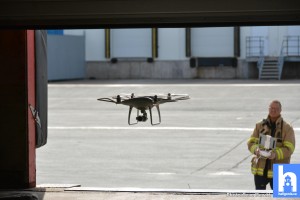 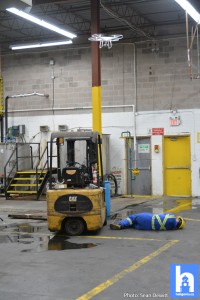 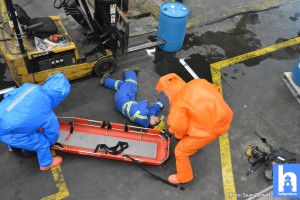 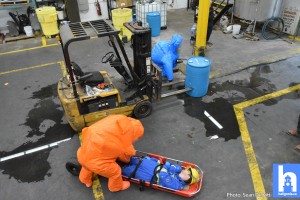 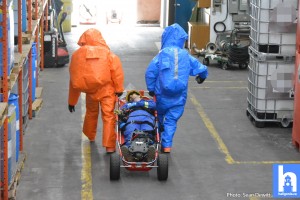 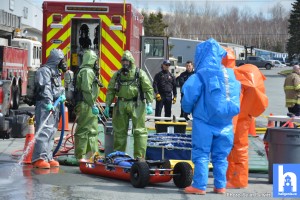 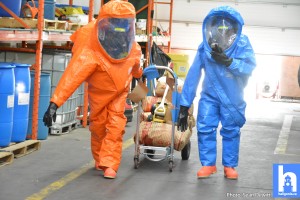 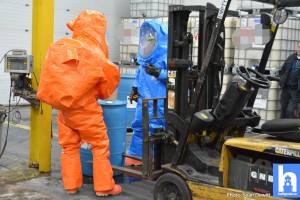 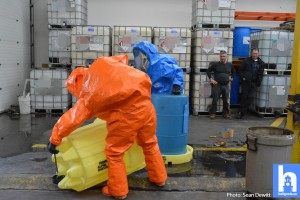 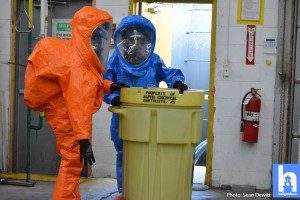 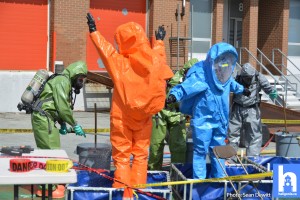