After a very competitive nation-wide search, the HRFE is pleased to announce that all the successful candidates for the Deputy Chief and Assistant Chief positions are current members of Halifax Regional Fire & Emergency. 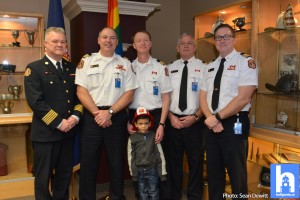 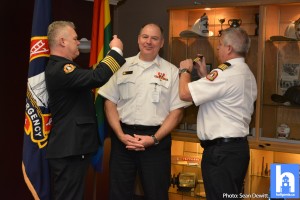 Beginning his career as a firefighter, Peter rose the through the ranks taking on the role of Captain, Platoon Captain, and has held the rank of District Chief for the past five years. 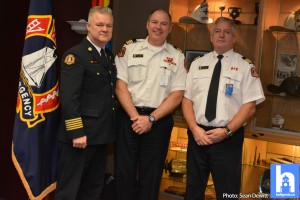 In addition to his career in the fire service, Peter has been an active member of the Canadian Armed Forces Reserve for 35 years, where he currently holds the rank of Sergeant Major – Canadian Army Doctrine and Training Centre, and was named to the Order of Military Merit by the Governor General in 2013.

Peter holds a Bachelor of Economics degree from Dalhousie University, a certificate in Fire Service Leadership from Henson College, is a certified NFPA 1021 Fire Officer Professional Qualification Level II, and is currently pursuing a certificate in Labour Relations from Queens University.

Peter will assume the role of Deputy Chief assigned to the Operations portfolio.  As a leader who holds himself to the highest professional standards, Peter recognizes his responsibility to act as a mentor and develop others, sharing his knowledge and experience for the betterment of the fire service. 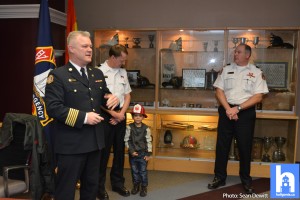 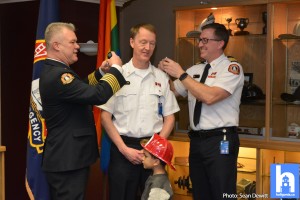 Dave has been a highly regarded member of the Halifax Regional Fire & Emergency team for more than 27 years, working with both career and volunteer firefighters.

Dave began his career with HRFE as a firefighter, moving up the ranks as a training officer, training supervisor, health and safety officer, incident safety officer, and most recently held the position of Division Chief Training, Professional Development & Safety. 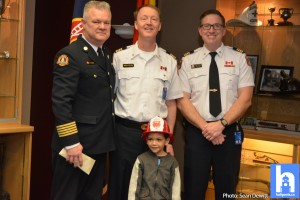 Prior to joining the fire service, Dave was a reservist in the Canadian Army as an Infantry Non-Commissioned Officer, and worked as a consultant, trainer and leader in the private sector, in the field of industrial safety and rescue training, for over a decade.  Dave holds a Bachelor of Commerce degree from Saint Mary’s University, and is a certified NFPA 1021 Fire Officer Professional Qualification Level II. 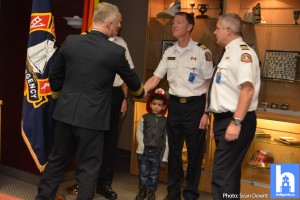 Dave leads change in all aspects of this work, such as the development of new training programs, safe work polices & procedures, application of technological solutions for education.  Dave is customer focused, and fosters a culture of teamwork and collective accountability. 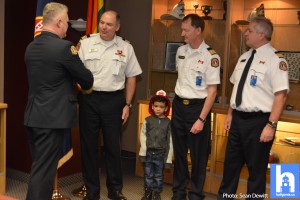 As the new Deputy Chief assigned to the Performance & Safety portfolio, I am confident Dave and his team will continue to lead us on the path of performance excellence and toward the goal of becoming the best fire service in Canada.

(Please note:  Deputy Chief Meldrum was joined by grandson Taevon, who clearly admires the fire service.  Both members were with friends, family and colleagues during this promotion)