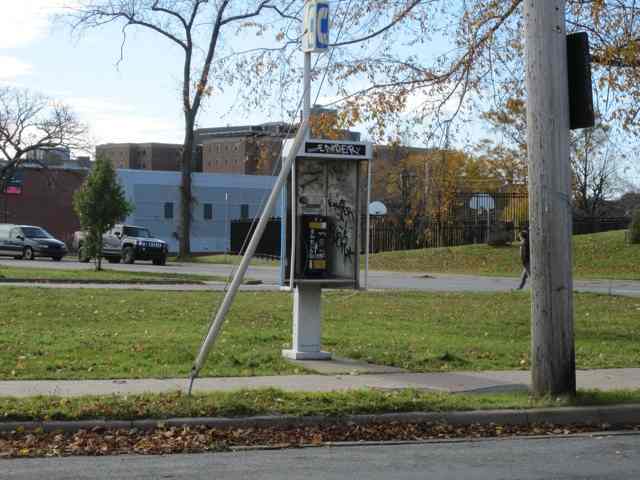 Once, it was the only way to make a phone call outside.  Now, they’re a pretty good way to get a plethora of dirt and germs all over you. 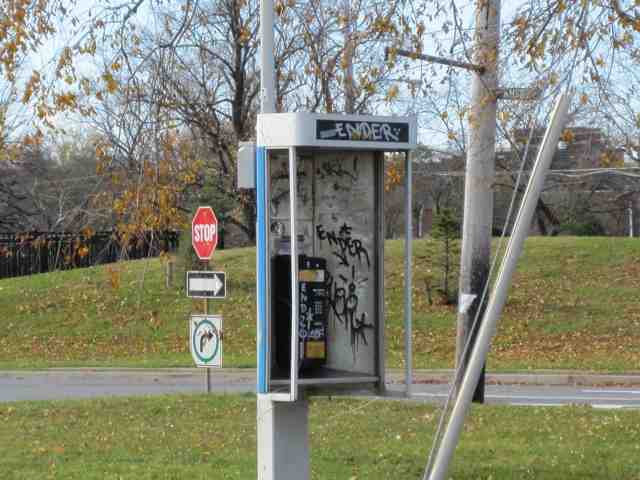 This phone near Citadel Hill has seen better days.

HRM outdoor payphones are increasingly becoming vandalized, dirty eyesores around the city that appear to be no longer maintained regularly.  Public phones have been a thorn in the telco’s side for years.  With just about everyone carrying a cellphone these days, usage of payphones continues to be on the decline. Anti-poverty advocates point out that not everyone can afford a cellphone or even a landline for that matter, making public use phones a necessity for many.  But with a phone call still ringing in at just $0.25 in Halifax, BellAliant takes a significant loss on the units.

New York City allows for third party advertising on payphones, and the telco there makes more on ad revenue then calls.  Perhaps it’s time to look at something similar in HRM?