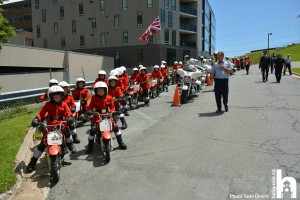 The Imps have once again come to Halifax as part of Nova Scotia Tattoo cast. 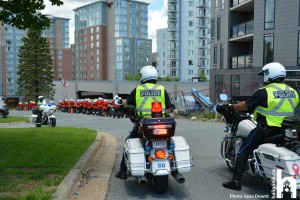 At 1:30, the Halifax Regional Police Traffic Unit members, lead by Cst. Kristine Fra¬ser, escorted the Imps from the Scotiabank Cent¬re to the parking lot across from Police Headquarters on Gottingen Street. 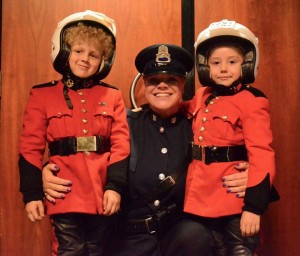 There, the Traffic Unit along with Chief Jean-Michel Blais welcomed the Imps Motorcycle Display Team and offered a tour of HRP Headquarters. Chief Blais also presented the team with a forge cap in recognition of their partnership throughout the 2017 Royal Nova Scotia Internati-onal Tattoo. 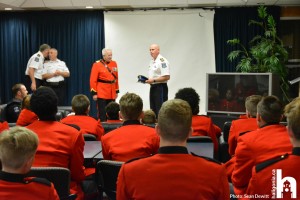 He thanked the group for their time, and did a small question and answer with the young entertainers. One item of interest with the group was our money, in particular the “ducks” on our loonie coins. 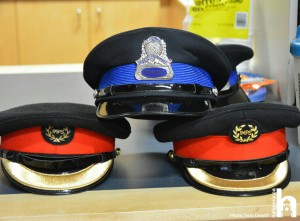 After the Imps visit at the HRP HQ, they were escorted to the area of Albemarle and Duke St where they were met by Halifax Regional Fire & Emergency crews from Station 3 (West St) for a tour of a fire engine and gear commonly used by fire crews. 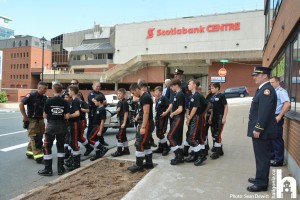 Having a chance to sit in the 2 trucks on scene, and being able to interact with some different types of equipment, the group were kept smiling by the genuine warmth they received by both the HRP and HRFE. 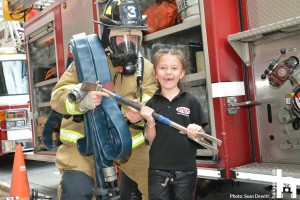 The Imps are a long way from home, and range in age from barely 6 to 15. As very talented entertainers, they aim to put smiles on audiences faces with their amazing motorcycle show. But being so far from home can make a young entertainer homesick. 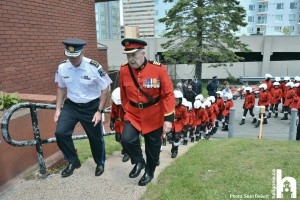 As both fire and police crews are working closely with the Imps in the Tattoo, a strong bond has grown within the groups, and keeping the visiting youth happy and entertained has become an easy task. 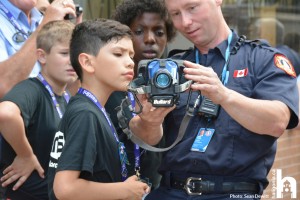 More plans are ahead for the short amount of time the group remains in Halifax, including a tour to the Discovery Centre. After speaking to members of both HRP and HRFE, it is almost too hard to tell who is benefitting more from the bond between the groups. All groups speak fondly of their time together, and all will remember their time together that the Nova Scotia Tattoo gave them. 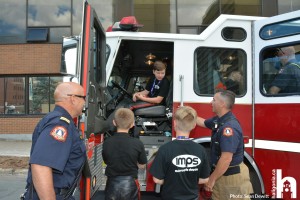 Information about the Imps 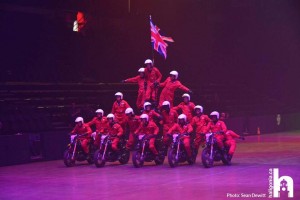