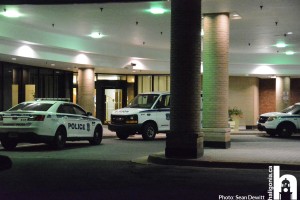 Just prior to 10PM last evening police were dispatched to the Holiday Inn on Wyse road in Dartmouth in relation to a stabbing. Upon arrival police located a 22 year old female with stab wounds to her back and chest.  She was transported to hospital with non life threatening injuries.  The suspect had already fled the hotel.  The victim and male suspect are known to each other.  At the time of this report no arrests have been made.  The incident is being investigated by the General Investigative Section. 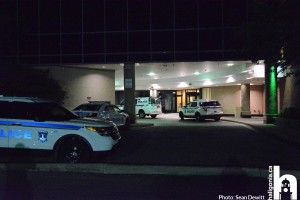 At 10 PM last evening a suspect entered a business in the 400 block of the Herring Cove Road of Halifax.  He produced a handgun and demanded money and cigarettes.  The suspect fled the store.  Police checked the area but no arrests have yet been made.  The suspect is described as a white male, in his 30’s, 5’7, average build, wearing a black hooded jacket, grey shorts and sunglasses.