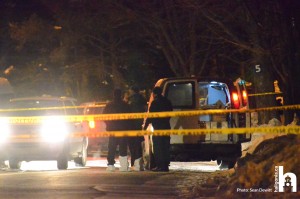 Homicide investigators in the Special Investigation Section of the Integrated Criminal Investigation Division have laid charges against 20-year-old Elias Frank Joseph Lampe in connection with the homicide of his father, Frank John Lampe.

At about 10:13 p.m. on January 21, Halifax Regional Police responded to an unknown trouble call in an apartment building at 10 Harlington Crescent. Officers located Mr. Lampe deceased in a hallway. A short time later, a 20-year-old man was taken into custody near a Halifax Transit bus stop on Willett Street in relation to the investigation. The male suspect was transported to hospital for treatment of what were described as life-threatening injuries.

Homicide investigators arrested Elias Lampe yesterday morning without incident at 8:20 a.m. after he was released from a Halifax hospital. He is to appear in Halifax Provincial Court today to face charges of second degree murder and possession of a weapon for a dangerous purpose.

Our thoughts are with everyone affected by this tragedy. 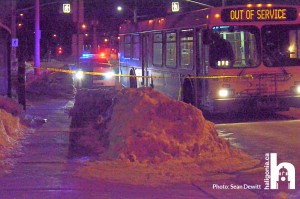