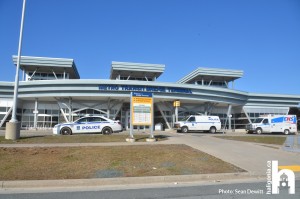 At 5:15pm a 17 year old female was inside the Halifax Transit Bus Terminal (24 Nantucket Ave, Dartmouth) and became involved in a short argument with the male suspect. The suspect sprayed the victim with pepper spray and then fled on foot toward the McDonalds Restaurant on Nantucket Avenue. Several units responded but were unable to locate the suspect. The victim was treated by EHS paramedics at the scene and did not have to attend the hospital. The victim is not cooperating with the investigation at this time. It is believed that the victim and the suspect may have known each other.

The suspect is described as a white male, in his early 20s, short brown hair, wearing a hoodie with a red hood, and red high top sneakers. 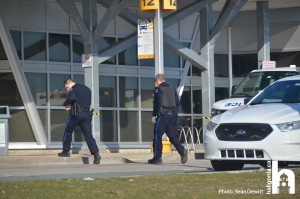 HRP Look For Suspect After Assault in Dartmouth
https://haligonia.ca/hrp-look-for-suspect-after-assault-in-dartmouth-140369/