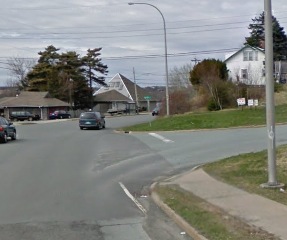 Police are investigating a motor vehicle accident on Braemar Drive early this morning  that sent 3 people to hospital with serious injuries.


View Larger Map
Initial investigation indicates that a Toyota Corolla and a Chevrolet Silverado collided head on just after 2am near the intersection of Braemar Drive and Braeside Court. According to residents who heard the crash, the male driver of the Silverado fled the scene on foot toward Waverley Road.

The three occupants of the Corolla, two men and a woman, were trapped and required the jaws of life to extract them from the vehicle.

All three were taken to the QE11 with serious injures. The driver of the truck is also believed to be injured. Patrol and K-9 officers are currently searching for him.

Braemar Drive is closed between Braeside Court and Maple Drive while Accident Investigators and Identification officers conduct their investigation.

The cause of the accident remains under investigation at this time.

HRP looking for suspect after driver flees scene of head on collision
https://haligonia.ca/hrp-looking-for-suspect-after-driver-flees-scene-of-head-on-collision-14635/