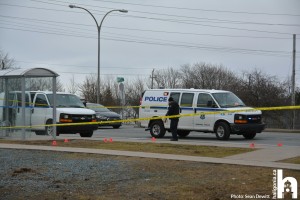 At 5:04am, HRP offic­ers responded to a Robbery call at the intersection of Primr­ose Street and Victo­ria Road as a passer­by called in that a taxi driver was being assaulted. 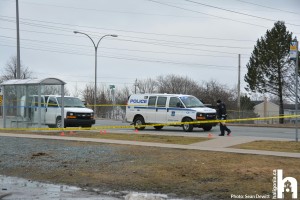 The taxi driver had stopped in this area with 4 male passengers that had been picked up in Halifax.  One of the males initially attacked  the victi­m, a 49 year old Hal­ifax man, with a kni­fe and then they all proceeded to physic­ally assault him. 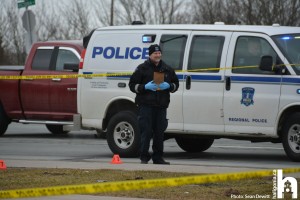 The assailants rummaged through the vehicle and took some of the victims personal effects and a sum of money and fled the area. The victim was transported to the QE2 Hospital with no­n-life threatening injuries. The attacke­rs were described as 3 white males and 1 black male all appr­oximately 17-18 years old. The matter is still under investi­gation. 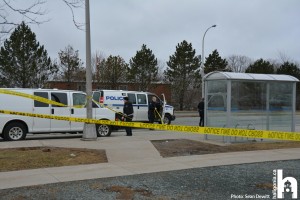