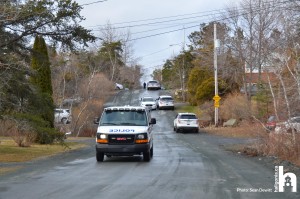 It has been determined that the man who was at Police Headquarters in relation to the suspicious death on Oceanview Drive wasn’t arrested by officers this morning. Rather, he agreed to come in for questioning in relation to the suspicious death and his involvement has since been ruled out. He left Headquarters at approximately 1 p.m. after speaking with investigators.

The other man remains in hospital and is no longer under arrest pending treatment of his injuries which are described as significant but non-life-threatening. He remains a person of interest in this matter.

Investigators are still in the process of obtaining a warrant to process the scene on Oceanview Drive and the investigation is ongoing. 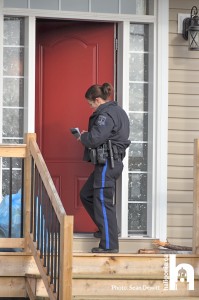 Police at scene of suspicious death

Police are currently at the scene of a suspicious death in Halifax.

At approximately 7:45 a.m. today, Halifax Regional Police responded to an unknown trouble call at a home on Oceanview Drive off Purcells Cove Road. Responding officers located a deceased person inside; the gender and age of the deceased are not being released at this time, pending next of kin notification. 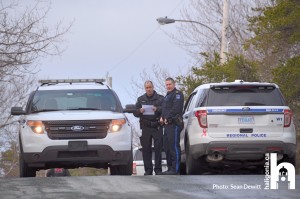 Two men were arrested at the home, however, one of them required immediate medical attention and was transported to hospital by EHS for treatment of injuries that aren’t believed to be life-threatening. The other man was transported to Police Headquarters and is currently in custody for questioning.

Investigators in the Integrated Criminal Investigation Division are in the preliminary stages of the investigation into this suspicious death. They are in the process of authoring and obtaining a search warrant to allow Forensic Identification Officers to process the scene. 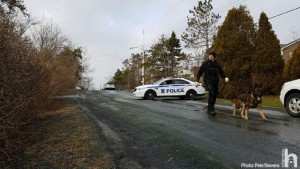 HRP Official Release - On Scene of a Suspicious Death
https://haligonia.ca/hrp-official-release-on-scene-of-a-suspicious-death-137044/