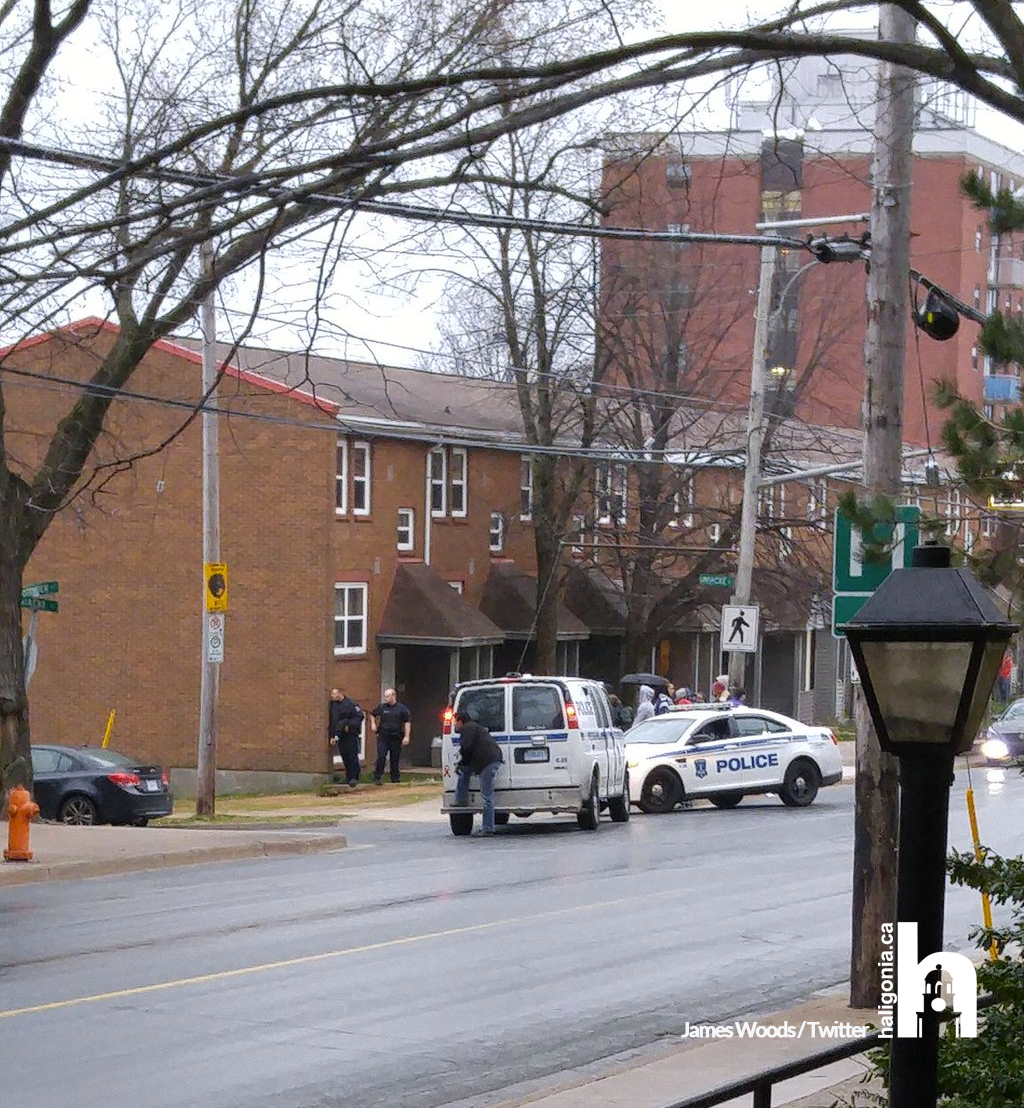 At approximately 7:15 pm Halifax Regional Police officers responded to the area of the 3200 block of Isleville St in Halifax in response to a report of a man who was carrying a firearm.  The information provided to the responding officers was that the suspect, who was described as a black man aged late 20’s to early 30’s, bald head,  wearing a black suit, glasses, and a slight beard had a firearm in his front pants pocket on right hand side, barrel pointing out.  Information was also received that the suspect had left the area in a taxi with another man.  Officers determined that the taxi had dropped off 2 passengers in the 5400 block of Uniacke St in Halifax.  HRP patrol and Emergency Response Team officers attended the address and made contact with the occupants who were inside.  All occupants exited the residence, suspects matching the given description were located by police and detained as the investigation was conducted.  Members of the Emergency Response Team cleared the residence for additional persons.  No firearms were located during this search and the detained subjects were released without charge.  Uniacke St was closed by police for a period of time but has since been reopened.

HRP Responds to Reports of a Man With a Firearm - Halifax
https://haligonia.ca/hrp-responds-to-reports-of-a-man-with-a-firearm-halifax-141464/