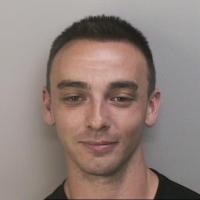 Investigators with the High Risk Enforcement Action Team (HEAT) of the Integrated Criminal Investigation Division are asking for the public’s help locating a wanted man.

Earlier today, an arrest warrant was issued for 23-year-old Cody Charles Lemoine of Halifax after he failed to appear in Dartmouth Provincial Court on charges of assault and three breaches of previously imposed court orders. The charges were laid following a June 26, 2015 incident in Dartmouth. Lemoine is described as a white man, 5’7”, 181 lbs., with short brown hair and brown eyes.
Lemoine is believed to still be in Halifax at this time. He has a number of past convictions for violent offences, including sexual assault and forcible confinement. Members of the public should not approach him or try to take matters into their own hands, and should call 911 if they see him.
Anyone with information on the whereabouts of Cody Lemoine is asked to contact Halifax Regional Police at 902-490-5020. Anonymous tips can be sent to Crime Stoppers by calling toll-free 1-800-222-TIPS (8477), submitting a secure web tip at www.crimestoppers.ns.ca or texting a tip – Tip 202 + your message to 274637.
Source: Release