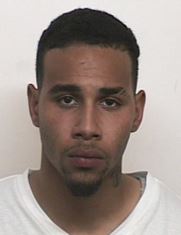 On behalf of Peel Regional Police, Halifax Regional Police is sharing the below media release regarding an arrest warrant that was issued for 25-year-old Kartel Pye, who is originally from Dartmouth, Nova Scotia. Pye is wanted in relation to a human trafficking investigation in the City of Mississauga.

Given Pye’s link to the Halifax region, investigators are asking anyone with information on his whereabouts to contact police at 902-490-5020. Anonymous tips can be sent to Crime Stoppers by calling toll-free 1-800-222-TIPS (8477), submitting a secure web tip at www.crimestoppers.ns.ca or texting a tip – Tip 202 + your message to 274637.

Brampton – Investigators from the Major Drugs and Vice Bureau have issued an arrest warrant for a male suspect in relation to a Human Trafficking investigation that occurred in the City of Mississauga.

On Friday, February 3, 2017, police responded to a report of a male suspect who had violently assaulted a female. Further investigation determined that the male was for a period of time actively involved in human trafficking the female victim.

It is alleged that the suspect profited from the victim’s acts, and that he exercised control over all aspects of her life.

Investigators have issued an arrest warrant for Kartel PYE, a 25 year-old male of no fixed address, for the following offences:

Kartel PYE is described as male black, 5’6” tall, 141 pounds with a medium build, and brown eyes.

Investigators believe that PYE travels frequently between the G.T.A. and his hometown of Dartmouth, Nova Scotia.

To view a photo of Kartel PYE, visit our website at www.peelpolice.ca