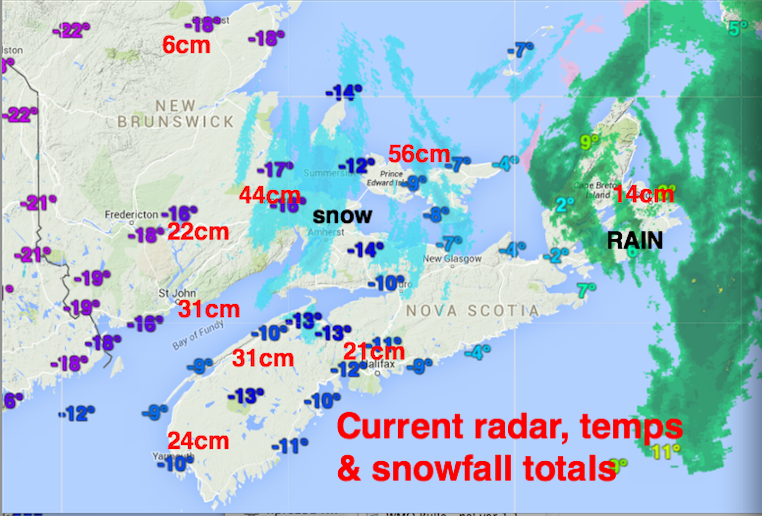 The storm centre passed just East of Halifax moving into the Gulf of St. Lawrence this morning.  Eastern Nova Scotia turned to rain, while Halifax climbed to minus 1 at the warmest, with freezing rain for several hours.

The attached summary from Shearwater, showing calm conditions, as a result of the anemometer likely icing up from freezing rain.  Power is out early this morning in Spryfield.  Lucky to not have more outages. 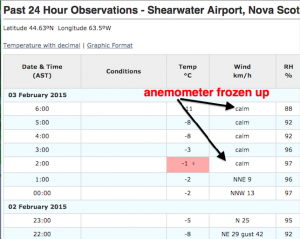 Widespread heavy snowfalls and blizzard conditions occurred west of the storm track, with 56cm in Charlottetown, as northeast winds picked up extra moisture from the Gulf of St. Lawrence.  The image on top of this post includes a summary of airport snowfalls (in red).  Snowfalls in Nova Scotia include several cm of ice pellets that built up on top of the powdery snow.

Some sunshine should help with the removal later today.