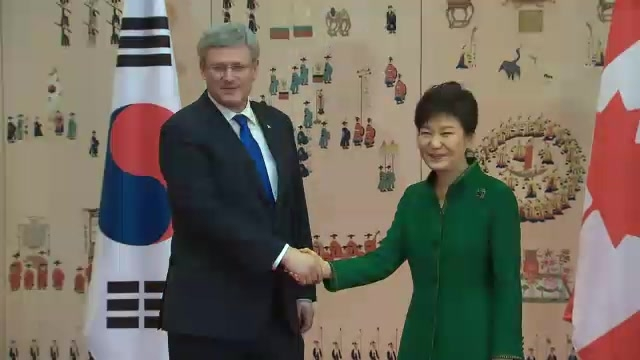 If you are going to buy a new Hyundai today, stop immediately and wait until tomorrow!

Hyundai Canada has announced a price reduction on most of its new vehicles amidst a new Free Trade Agreement between Canada and South Korea.

Effective tomorrow, January 15, 2015, up to $1,300 will be slashed on models from their cheapest model, the Accent, to their most expensive, the Equus.

“Hyundai is pleased to pass the benefits of this significant free trade agreement on to consumers,” said Don Romano, President and CEO of Hyundai Auto Canada. “We wanted to take action quickly after the government took the first step toward removing the import duty. Hyundai vehicles have a well-known reputation for making advanced technology and premium features available to consumers at an accessible price.”

The agreement eliminates the duty in three annual reductions. Previous to the agreement, the federal import duty was at 6.1% on vehicles manufactured in South Korea.

Hyundai Cuts Prices By Up To ,300 Due To Canada-Korea Free Trade Agreement
https://haligonia.ca/hyundai-cuts-prices-by-up-to-1300-due-to-canada-korea-free-trade-agreement-101619/