Jill: Hi, y’all! You might know me – I’m Jill, and I have a TV blog called Couchtime With Jill, and sometimes I write for the fashionable people who do questionable things. Last year around this time, I charmed (read: made myself look like a selfish nutjob) you all with my Christmas wish list. It included a Volkswagen Beetle, a trip to Africa, and a pug that comes with its own butler. I received none of these things, so I’m pretty sure that neither Santa nor Oprah exist. I was sure one of them would come through for me.

Yet here I am, once again opening up my consumerism-driven heart and soul and telling you what’s on my Christmas wish list this year. I thought about trying this time for a convertible Beetle, a trip to South America, and a dachshund that comes with a butler, but that felt…recycled. So instead I’m sticking to what I know and going TV themed. Here we go. 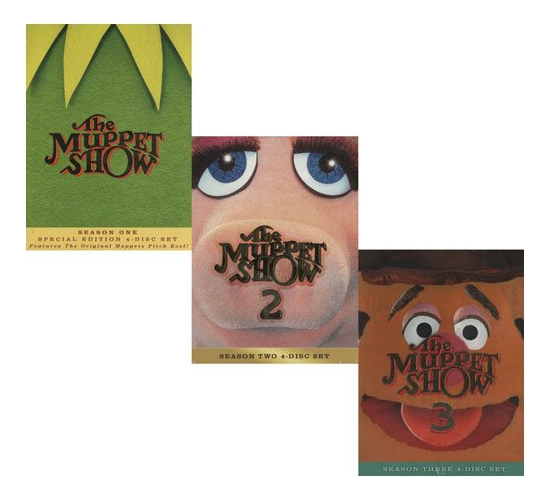 I’ve always loved this show, and Jason Segel’s recent movie (which I loved) has renewed my interest in re-watching the series. I was always a big Gonzo fan, but you can’t deny that Miss Piggy is one fashionable pig.

This is a crazy new toy for the ultimate TV lover. (Hi!) Just owning one of these nifty boxes means that you can watch and control your DVR from anywhere in the world using a computer or mobile device. That’s right – ANYWHERE. In. The. WORLD. I want this so very much. I could be riding the bus to work while watching the episode of Glee that I DVR’d last night. (Although I’d probably annoy my fellow passengers with all my groaning, but that’s another conversation.) Which brings me to my next item…

Obviously, I’ve chosen the most expensive one. This is a fantasy list, after all. It’s not like I’m about to watch TV on my BlackBerry, so clearly I’d need an iPad. 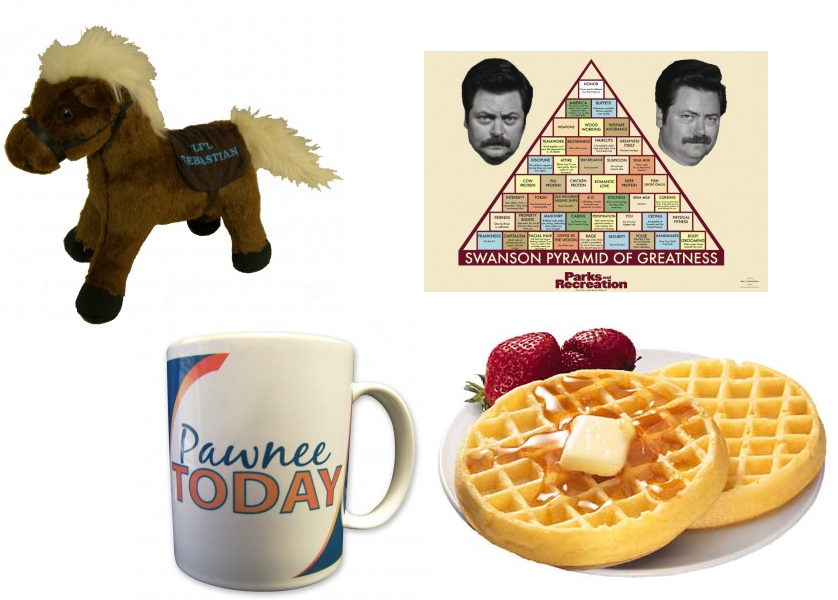 This isn’t actually a thing, so Santa (or Oprah) will have to head on over to the NBC store, pick out a few things, and do them up in a nice basket. I’d like a plush toy of Lil Sebastian, a Ron Swanson Pyramid of Greatness poster, a Pawnee Today coffee mug and a lifetime voucher for all you can eat waffles at JJ’s Diner. Everyone’s favorite 60s-set drama will return in 2012 (because no one’s favorite 60s-set drama was Pan Am or Playboy Club, right?) and it will once again inspire me to dress a little better in my everyday life. Usually I’m all about floral dresses, leggings and cowboy boots. My look tends to be CMT’s Sweet Home Alabama meets the women of Friday Night Lights meets Lauren Graham on Parenthood. Which is fine, but maybe it’s time I shake things up and go glam. Any one of these outfits would do. 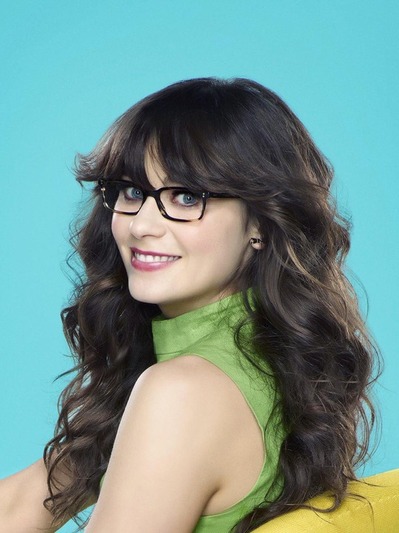 I’ve really been enjoying Zooey Deschanel’s new show New Girl, and while her wardrobe on the sitcom is crazy cute what I really dig about her is her hair. It’s what I try and fail to achieve every day – long, wavy, brown, perfect bangs. While we’re at it, I wouldn’t turn down having her big blue eyes as well. 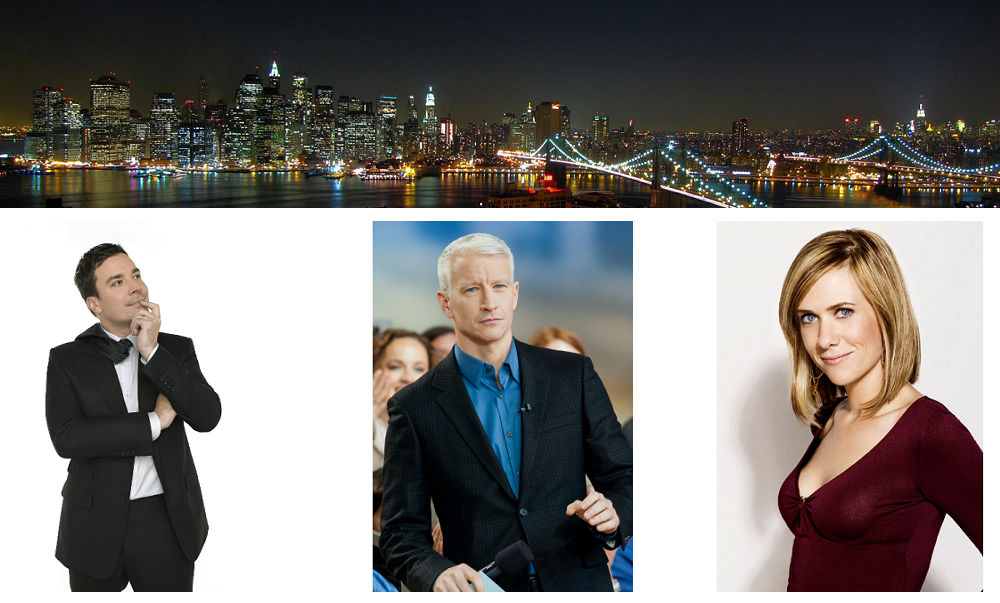 OK, a little extravagant. But a trip to New York is a TV lover’s dream! Yes, OK, a lot of shows film in California. But they’re filmed on lots, which you have to drive to, and there’s traffic. And I love New York. There’s shopping and Broadway and interesting food. I want to go. And while I’m there, I’d like to attend tapings of Late Night With Jimmy Fallon, Anderson and Saturday Night Live. Also, it won’t be hard to arrange a personal meeting with Anderson Cooper, right? And Kristen Wiig will be my best friend once she meets me? Because those things are also on my wish list. 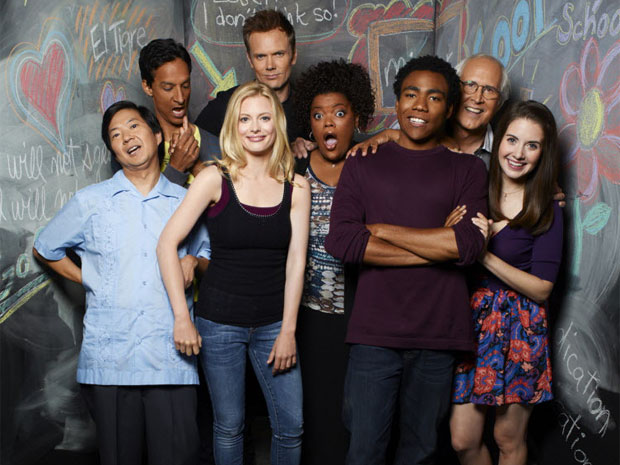 Community is a wonderful, hilarious, quirky little comedy that almost no on watches. And thanks to you (yes, if you don’t watch Community, I am blaming you personally) it has been benched by NBC. It’s not returning in January and we don’t know when it will be back. We don’t know if it will get a fourth season. And this is incredibly unfair. So that’s my last Christmas wish, that I get to keep watching Community. And y’all better be wishing along with me. [editor’s note: I’m 100% with you Jill. It kills me that this isn’t coming back. Oprah must be able to make this happen. She has her own effing network. – L-A]

L-A: I’m really sad that She & Him didn’t think this Christmas album thing through. Because I really wanted a proper video to dedicate to Jill. This will have to do:

I’ll Be Home (on my couch, watching TV and eating cheese) for Listmas: A TV Lover’s Holiday Wish List
https://haligonia.ca/ill-be-home-on-my-couch-watching-tv-and-eating-cheese-for-listmas-a-tv-lovers-holiday-wish-list-51041/