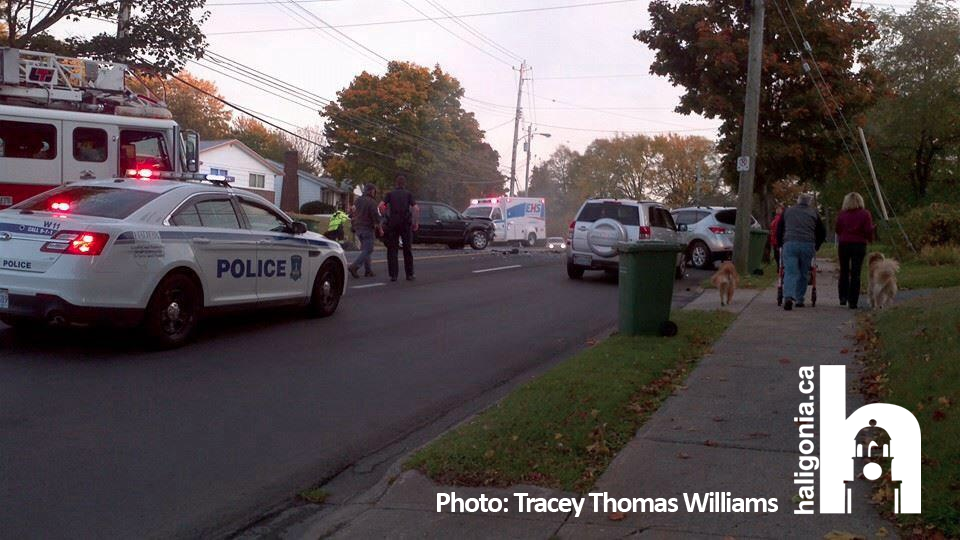 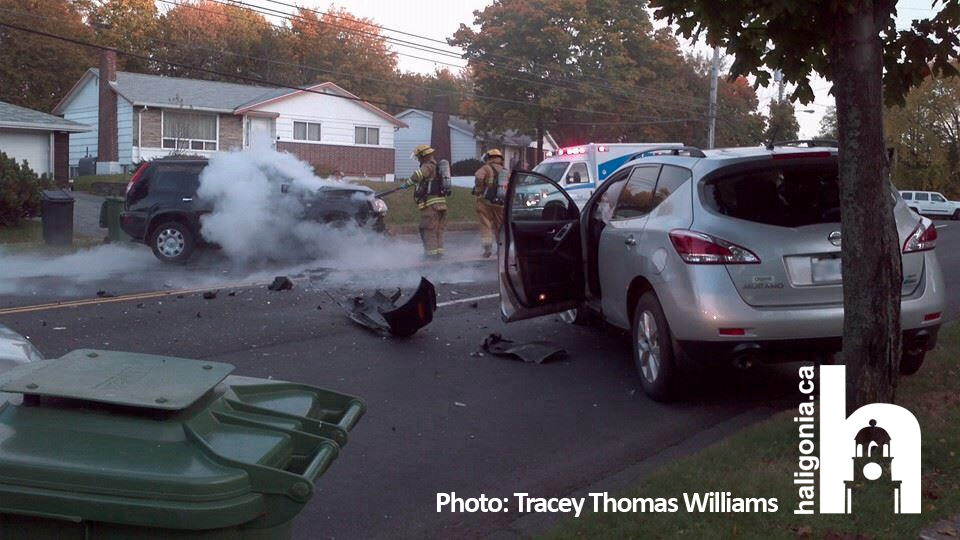 Oct 23rd  – At 7:42 PM members of the Halifax Regional Police responded to a head on collision between two motor vehicles that occurred near 2985 Joseph Howe Dr. in Halifax.  Information had been received that a man operating a Nissan X-Trail travelling northbound on Joseph Howe Dr. had crossed the center line and struck a southbound Nissan Murano driven by a lone male occupant. Both drivers were taken to hospital for treatment as a result of injuries sustained in the collision. The driver of the Murano was treated and released from hospital. The 59 year old male driver of the X-Trail (from the Halifax area), remains in hospital at this time with non-life threatening injuries, he has been charged with impaired operation of a motor vehicle and will be appearing in court at a later date. No one else was injured as a result of this collision.