Crime writer Leighton Gage (M) has passed away at the age of 71.

Gage’s detective Chief Inspector Mario Silva, a Brazilian law enforcement officer, was inspired by the many years the author spent living in Brazil.

He published his first book Blood of the Wicked (M) later in life, at age 66, following a career in advertising. Gage’s psychological suspense stories are gritty and sometimes violent, and are well appreciated for their strong sense of place.

In his most recent, Perfect Hatred (M) published just earlier this year – “Chief Inspector Mario Silva and his team have a heavy work load with several high-profile cases. First, a suicide bombing that was apparently the work of a militant Islamist group. Then, a gubernatorial candidate is assassinated in broad daylight at a campaign rally. Could  the cases be related? To complicate Silva’s investigation, a criminal with a very bad grudge against the Chief Inspector has been released from prison and is plotting ugly revenge.” publisher

Of Leighton Gage, reviewers have said: 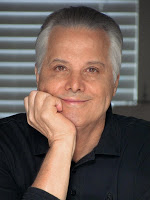 “In his own hard-boiled, agreeably literate and tourist-cautioning fashion, [Gage has] made South America’s largest nation accessible to readers who might otherwise never have been exposed to its jungles—both the wild and urban varieties.” Kirkus

“Mr. Gage is a master of the procedural who paints with a fine brush, using the tools he needs to craft a fine novel and no more.” The New York Journal of Books

“Intelligent and subtle. . . . Lovers of suspenseful and sophisticated crime novels will be rewarded.” Publishers Weekly