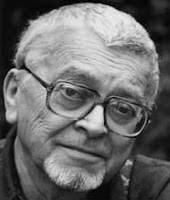 Russell Hoban (M), the successful multifaceted author of adult fiction, science fiction, fantasy and children’s books, has passed away at the age of 86.
He began his literary career as an illustrator and copywriter, notably creating covers for Time Magazine and Sports Illustrated. He penned his first children’s book in 1959, What Does it Do and How Does it Work. He began writing for adults in 1973 with the novel, The Lion of Boaz-Jachin and Jachin-Boaz.
Although born in Pennsylvania to Ukrainian immigrants, Mr Hoban later traveled to London for a family vacation in1969 and never left again. He was once described by The Independent newspaper as “Britain’s strangest writer“. Bruce Weber of the New York Times decribes him as “a novelist with an expansive, eccentric imagination for language, for settings and for plot, a free melder of realism, psychological astuteness, historical research and science fiction.”

Perhaps for these reasons, Hoban is often described as a cult author. He is likely most famous among adult readers for his 1980 novel Riddley Walker (M). This acclaimed book is a post apocalyptic novel, set in Canterbury 2000 years in the future, in which the titular character tries to make sense of the world, both past and present. It is particularly notable for its creative use of degenerate spelling and grammer, known as “Riddleyspeak”.
Clockwork Orange author Anthony Burgess commented that this novel “is what literature is meant to be.”Riddley Walker was awarded several awards, including the 1982 John W Campbell Memorial Award for science fiction. 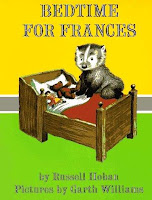 Hoban was also known and respected for his many contributions to children’s literature. He is perhaps best known for titles such as The Mouse and His Child (M), and the Francis the Badger (M) series.
Rest in Peace Russell.