Ally: Last week I inferred that I was slightly intrigued in the magical mystique that is the  rock band groupie. I discussed this over lunch on Friday with Official Intern Krista and L-A. While I don’t necessarily believe they endorsed this sentiment, I think they preferred it over my crush on Pretend Boyfriend Eminem (this seems to deeply upset Krista on many levels, mostly because he is getting precariously close to “ending up like Axl Rose”). 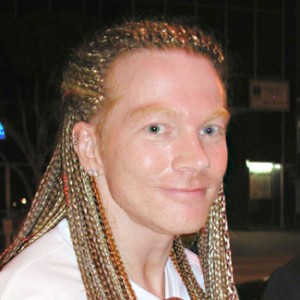 Look at all the fun they’re having at the two minute mark. The excitement, the smoking with reckless abandon, the overuse of hoop earrings (seriously, I miss big hoop earrings). At this point, and at any other point in the future where it is questioned, I want to be clear that I was never an Axl Rose girl. Slash? Different story. Hit up 3:35 in the video and tell me you don’t wish you were one of the bridesmaids getting to chase that down the aisle. Just me? I would also like to be clear before we go any further that I don’t actually wish to engage in the actions of a groupie (besides smoking with reckless abandon with vodka on ice), I’m writing this post to share my love for their clothes, or lack thereof.

(Editors note: In “researching” this blog post, I came across the following site which ranks individual members of rock bands for their talents in the boudoir. It’s hysterical.)

While I tend to lean towards the rock groupie era of the late 80′s/early 90′s, the obvious go-to groupie icon is that of Penny Lane as played by Kate Hudson (when I used to like her) in Almost Famous.

Who can forget that coat? Or the boots? 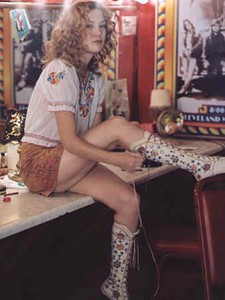 I wonder if the rock stars provide the clothing bursary?

One of her more modest outfits. Lookit how pretty Steven was!

Rod would not have been one of my groupie targets, for the record. 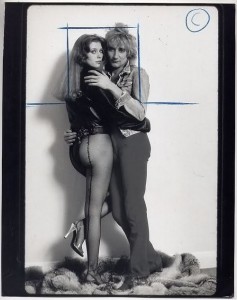 The original “leggings as pants” ensemble. Daring, yet dashing.

And while the pose is not particularly klassy, I do indeed love the knotted blouse crop-top look. You know, if I was 20 and driving around on tour buses. 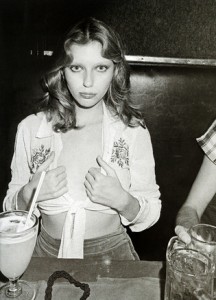 I think she’s asking for another drink.

Apparently Topshop did an entire collection dedicated to the 70′s groupie back in 2009. How did I miss this? Oh, right. I was 20 months pregnant. Not what Mick Jagger was likely looking for. 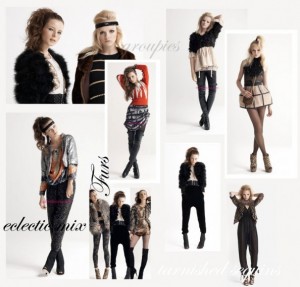 Yes, it was a more subtle sensuality being dished out by the seventies groupies, something that is lost on the current day model. 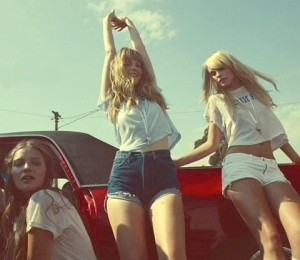 They just don’t sell jean shorts like that these days.

I adore the above photo. Looking at it, I can’t help but think of this song:

These days, the groupies don’t even try anymore. It’s a lost art. 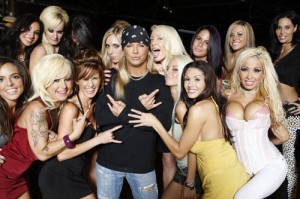 It bothers me that these girls don’t even want to go to the bar with Axl Rose and his posse, they’re ok with heading straight to the hotel lobby for the after-party, and that’s not cool. Who’s raising you wrong, my bitches?

Of course, our modern day rock star “groupie” icon has to be Kate Moss: 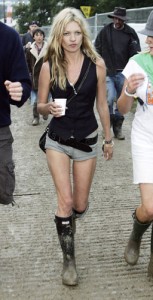 I think I’ve referenced this photo previously (maybe to piss L-A off on purpose).

Sexy (yes, L-A, debatable), casual, and certain to get on the bus for the full tour experience. This is likely more up L-A’s alley (pun!): 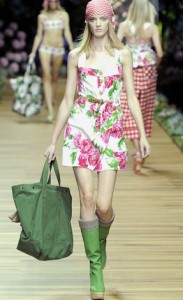 L-A’s classy and sassy. She’s only going on the tour bus if there is a promise of boxed wine and unlimited amounts of “Treat yo’ self” days from the rock star in question.

I don’t get much of a chance to dress up like a rock star groupie these days, but I’m looking for an excuse (meaning L-A needs to set this up as an FPQT challenge, which I will only agree to in the warmer weather. You can’t do groupie in a puffy coat and hiking boots required for the bullshit Nova Scotia weather. Word?)

In today’s “I Wasn’t Kidding!” Episode: I sort of want to be a rock band groupie.
https://haligonia.ca/in-todays-i-wasnt-kidding-episode-i-sort-of-want-to-be-a-rock-band-groupie-53245/