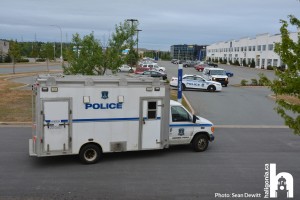 Halifax Police shut down a stretch of Wright Ave yesterday as they addressed a situation at their Burnside HQ location.

Shortly before 6pm, police discovered an unusual item in the lobby of their building.  It appeared to possibly be a flare, but due to uncertainties, police notified their explosives unit and blocked off the building. 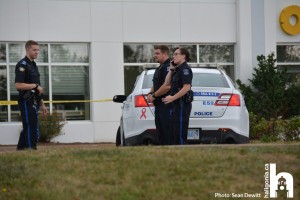 Once the bomb unit arrived, a wider closure of roads was enforced.  A bomb squad tech suited up while the bomb unit’s robot was prepped. 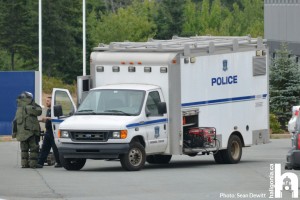 Several trips were made between the truck and unit until one trip saw the tech remove an item in a bright container.  The roads were opened again Shortly after. 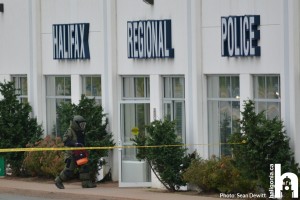 No other info is currently available. 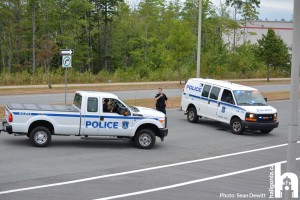