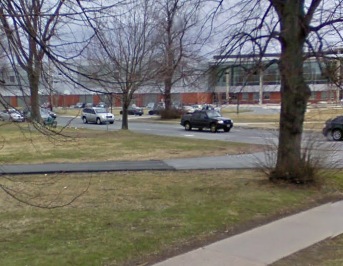 A roundup of incidents on Saturday May 1st, and Sunday May 2nd 2010.

(Sunday) Halifax Regional Police responded to a 911 call of an indecent act at 410 am,  that took place at the Commons near Citadel High. A 60 year old male approached another 20 year old male who was walking home, the accused party then committed an indecent act. The accused was arrested near the scene without incident. He was released to attend court at a later.
View Larger Map

(Saturday) Two adult pedestrians were taken to the QE11 with minor injuries after being struck by a vehicle in the crosswalk at Herring Cove Rd and Dentith Road just before 11:30am.

The female driver of the vehicle was issued two summary offence tickets for failing to yield to a pedestrian in a marked crosswalk and talking on a cell phone while operating a motor vehicle.
View Larger Map

(Saturday) Three adult males were arrested and later released for breach of the peace in relation to today's May Day March in downtown Halifax.

Approximately 150 people participated in the march which largely went without incident.

Two males, 19 and 23 years of age, were arrested on Spring Garden Road for breach of the peace after knocking over a Canada Post mailbox and attempting to drag it into the street.

The third male, 24, was arrested on Gottingen Street at the end of the march for breach of the peace and was also issued two summary offence tickets under the Motor Vehicle Act for failing to obey the directions of a peace officer and failing to drive his bicycle to the extreme right hand side of the road.