A stove flare-up at the Economy Shoe Shop has sent 2 to hospital with second degree burns.

Fire crews with EHS were dispatched to the downtown restaurant near 9pm after a gas stove caused a blast of flame to flare. Police were called in after fire arrived and deemed the incident to possibly be a Labour Board incident. Unconfirmed info provided suggests there were 3 people involved with 2 requiring medical attention. 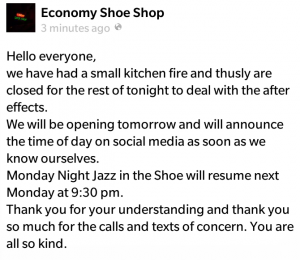 Not long ago the Shoe Shop’s Facebook page announced that they were closed for the rest of the evening.

The Labour Board is said to be investigating this incident as fire crews have secured the stove. We will update when more info is available. 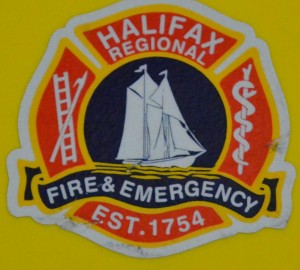