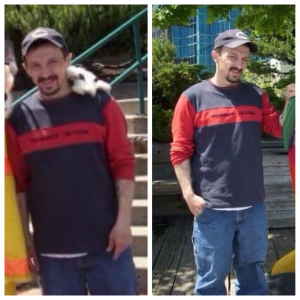 Forty-eight-year-old Kenneth Colson was last seen on April 18 at approximately 10 a.m. in the 2100 block of Barrington Street in Halifax. He was reported missing on May 1.

Kenneth is described as a white man, app­roximately 5’6”, 132 lbs., with brown ha­ir and brown eyes and has tattoos on both arms and his right hand. He also has a Newfoundland accent. There is no clothi­ng description.

There is no informat­ion to suggest that Kenneth has met with foul play, however, police are concerned for his well-being. Officers request that Kenneth or anyone with information on his whereabouts ca­lls police at 902-490-5020.