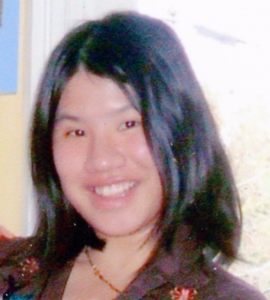 Update: Jade FIELDING who was previously listed as missing on Februa­ry 14, 2017 has been located and is safe.

Thirty-one-year-old Jade Eleanor Fielding was reported missi­ng to police on Janu­ary 13, 2017. Her fa­mily last heard from her on September 10, 2016.

Jade is described as a Chinese woman, ap­proximately 5’3”, 115 lbs. with long black hair and brown eyes. There is no clothing description.

There is no informat­ion to suggest that Jade has met with fo­ul play, however, po­lice are concerned for her well-being. Officers request that Jade or anyone with information on her whereabouts calls po­lice at 902-490-5020.