In this series so far:
A Full Irish Breakfast
Irish Pubs

So now that I’ve talked about breakfast and pub food, I’m ready to discuss a few lesser known Irish foods like chicken filet rolls and tacos chips. I know what you’re thinking – doesn’t sound very Irish, right? Well, one might be similarly surprised to discover the hot dog’s popularity in Lebanon or Iceland, or that Nova Scotians eat just as much pepperoni and donair as seafood. Sure, tourists will seek out shawarma in Lebanon, lobster in Nova Scotia or – god forbid, hákarl in Iceland. But this food tourist is always seeking out the real foods on the streets – and a bit of probing revealed a few dandies in Ireland. So here we go! 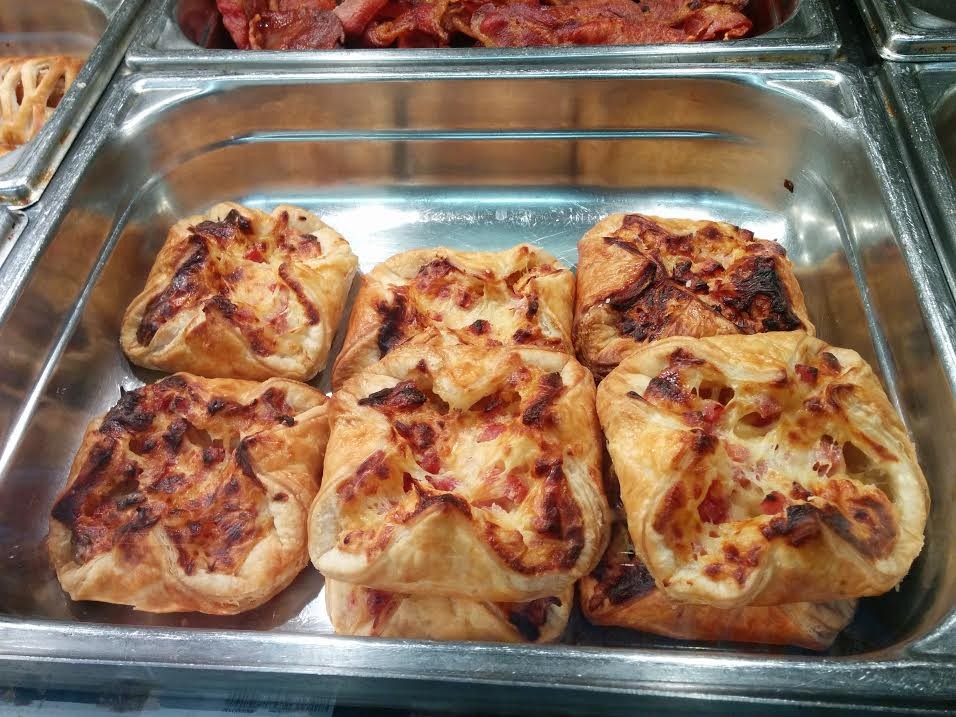 I already talked about these in my Irish Breakfast post, and they truly are amazing. A full Irish breakfast in a French baguette. Magnificent. 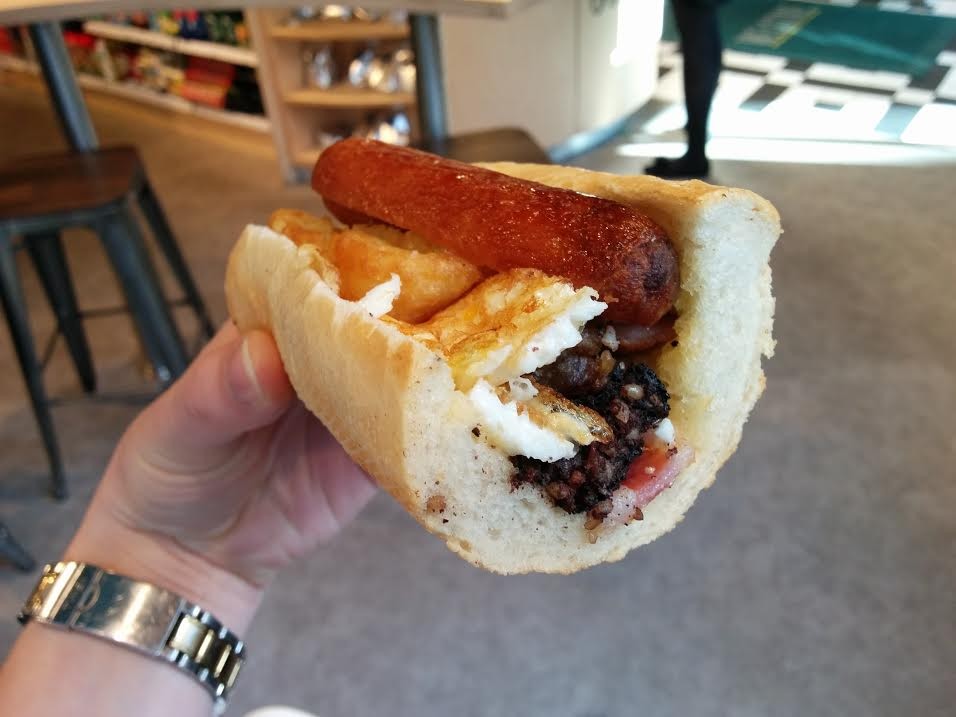 Not feeling breakfast? Most Spars or Centras will have breaded chicken breasts (regular or spicy) that are sliced to order and packed into French baguettes with lettuce and tomato – or whatever you want. This one was €3.50 (roughly $5). This food is oft associated with the broke student lifestyle. 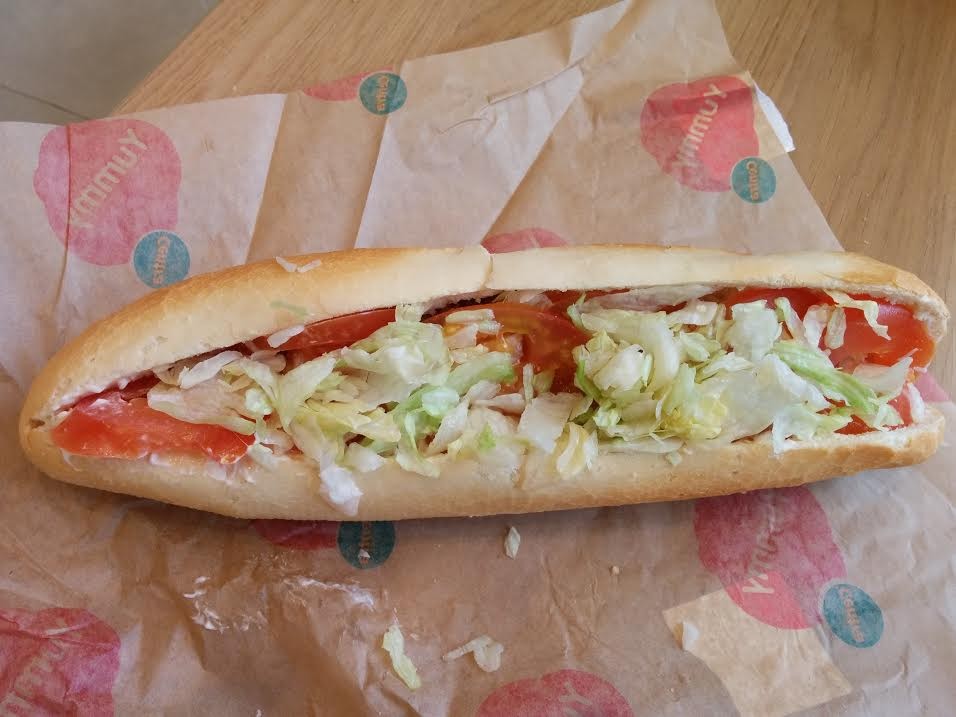 The main function of taco chips seems to be that of sopping up excess alcohol from the stomach. Other than nostalgia for hazy drunken nights I can’t imagine why these are so popular. I thought they would be a chip shop thing, but instead I found these at fast food chains like Supermacs and Abrakebabra.

Crappy frozen fries are topped with taco beef and shredded cheese. The source of excellence of the dish appears to be the pinkish sauce underneath the beef. I believe it’s a mixture of mayo, tomato sauce and chili spice. 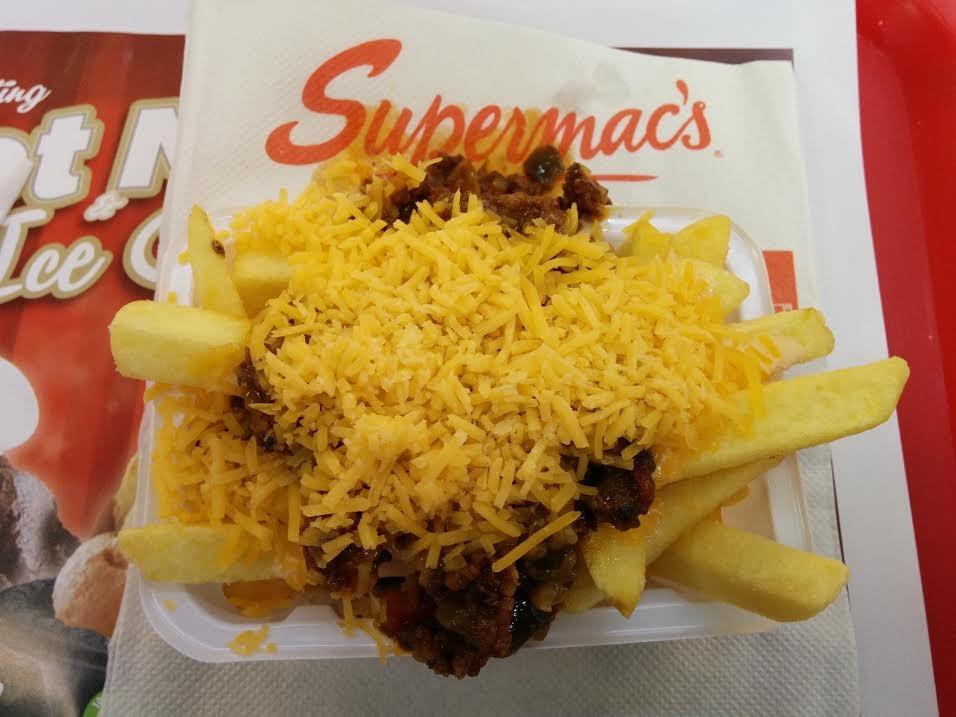 There are lots of famous chip shops in Ireland. We visited one in Northern Ireland and one in the Republic. Haddock and cod seemed to be the most prevalent fish. The “chips”, of course, were the chunky British-style, with their potatoey centres. Curry chips and battered sausages are popular foods at chippers, as well as the obvious –

In Dublin we checked out the famous Leo Burdocks, which has been making fish ‘n chips since 1913. We had a choice of haddock or smoked haddock, the latter being a delicious novelty for me! (The website lists much more variety, but with a small print disclaimer about market availability of fresh fish).  Our fish ‘n’ chips were drenched in malt vinegar and wrapped up in paper in the traditional way. We ate them on the benches around the Christ Church Cathedral. Just lovely! 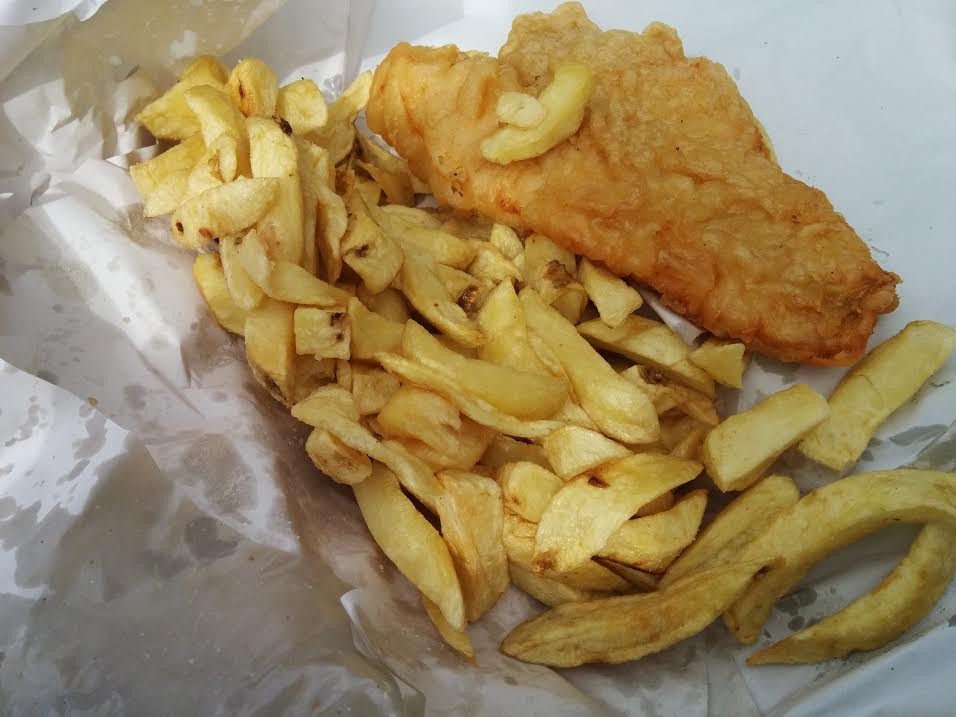 Not to be confused with Cornish pasties, these are minced pork and potato formed into a patty, battered and deep fried. You can get a pastie dinner (w/ fries) at chip shops in northern Ireland or you can get a pastie bap (in a bun). They can have a pinkish/red filling due to red dye, but this is becoming less common. 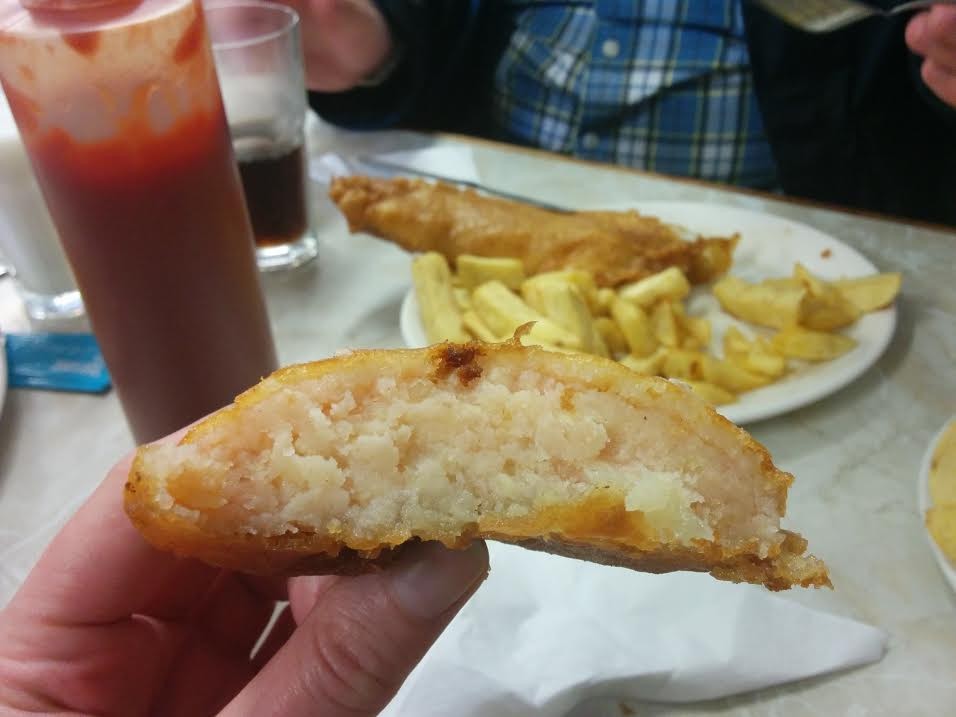 Ah yes – the kebab. This is pretty much a universal street food, but it takes different forms depending on where you are. In Halifax, of course, we have the donair. I wanted to try a typical Irish kebab and Zaytoon came recommended as a quintessential post-Temple Bar joint. The bread is cooked to order in a tandoor oven, however I didn’t enjoy the lamb loaf and chili/yogurt sauces that filled it. My Wexford companion lamented the absence of Halifax donairs in his life since moving back to Ireland.

I was told to avoid kebab chain, Abrakebabra. 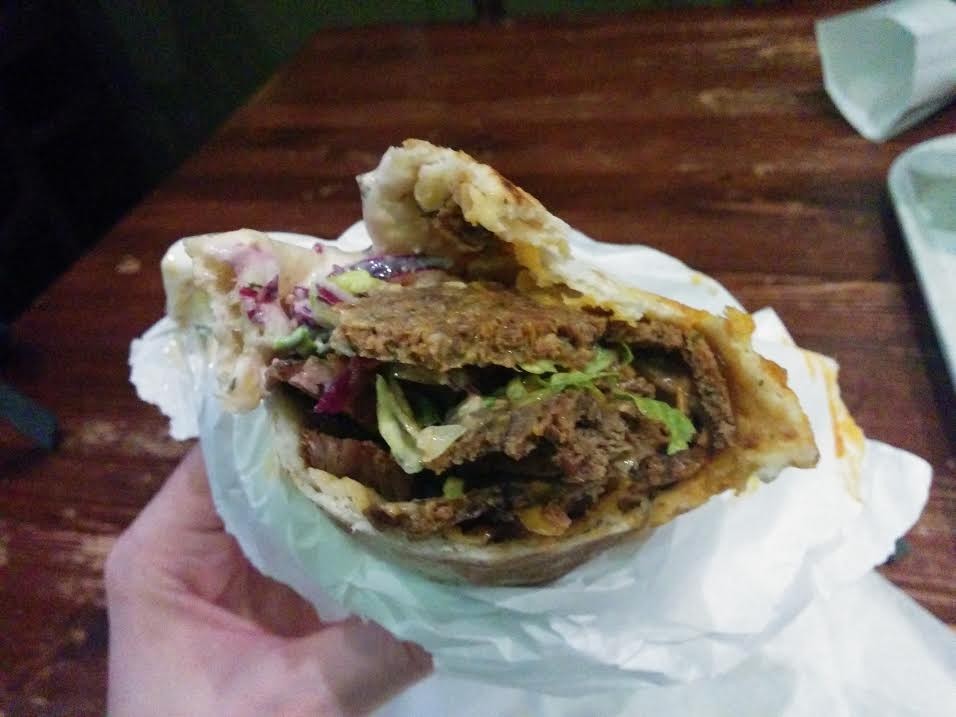 But much love for the Irish Breakfast Roll and Leo Burdock’s fish ‘n chips! … I think that taco sauce could grow on me, though.

Next up – an incomplete look at a few Regional Irish foods!