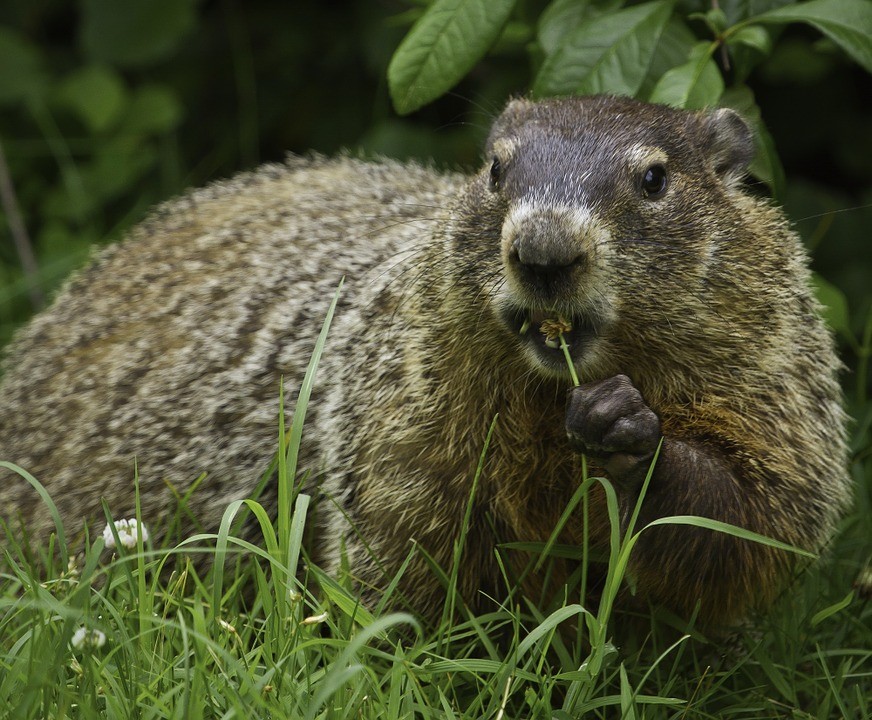 Happy Groundhog Day! As many people know, today is the day we wait to see whether or not the groundhog sees its shadow. Tradition says winter will continue for six more weeks if so. If you want to keep track here in Nova Scotia, you’ll be happy to know that Shubenacadie Sam has his own Twitter account AND a live webcam.

You’re probably familiar with the classic movie Groundhog Day starring Bill Murray. In the film, he is forced to relive Groundhog Day over and over again. The comedy has become a cult classic – and here are three great books that also use the concept of being caught in a time loop to great effect.

All You Need is Kill by Hiroshi Sakurazaka is sci-fi graphic novel adapation of his original Japanese novel by the same name. The book’s English translation was re-titled Edge of Tomorrow to accompany the successful film adaptation starring Tom Cruise and Emily Blunt. In the original story, soldier Keiji Kiriya dies during battle only to wake up again and again on the same fateful day. During a seemingly endless war, he eventually notices a fellow soldier Rita who understands the situation he’s in. Together they must figure out how to survive the alien attacks. The book is darker and grittier than the movie.

The First Fifteen Lives of Harry August by Claire North is about a man named Harry who is reborn over and over again in the same time and place, and is able to remember his past lives in incredible detail.  Although he finds it difficult for the first few lives, Harry eventually comes to terms with his condition and even finds others like him – until one day, he receives a warning on his deathbed. A girl appears and tells him the end of the world is near. The author hits on some big themes about the meaning of life and the consequences of of altering the course of events. This is a great and twisty read.

Replay by Ken Grimwood won the 1988 World Fantasy Award for Best Novel. It follows a man named Jeff Winston, who dies of a heart attack only to awake as his 18-year-old self. He lives his adult life over and over again, and discovers that making difference choices has deep consequences for his life. How would you navigate a world where you know what’s going to happen? Would you make the same choices you made in the past? And how much control do we really have? This book will make you consider your life in a new light.