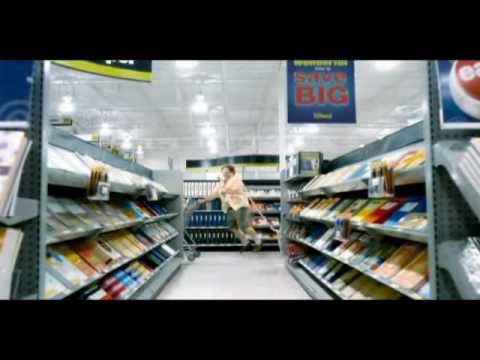 No, not back to school time. Although, I suppose that’s upon us and who doesn’t like a new pack of pens and fresh notebook (what? just me?). No, it’s September issue time of the year! The time of year when the magazines have more glossy and fantastic pages than the Oxford English Dictionary. 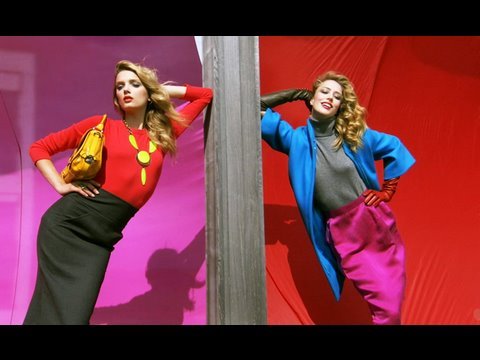 And because September is the Jahnuary in fahshion (yes, that should always be said aloud in italics and underlined words), we are pumped! And first one on my list (and just in time for my flight to Toronto) is the Canadian mag, Fashion: 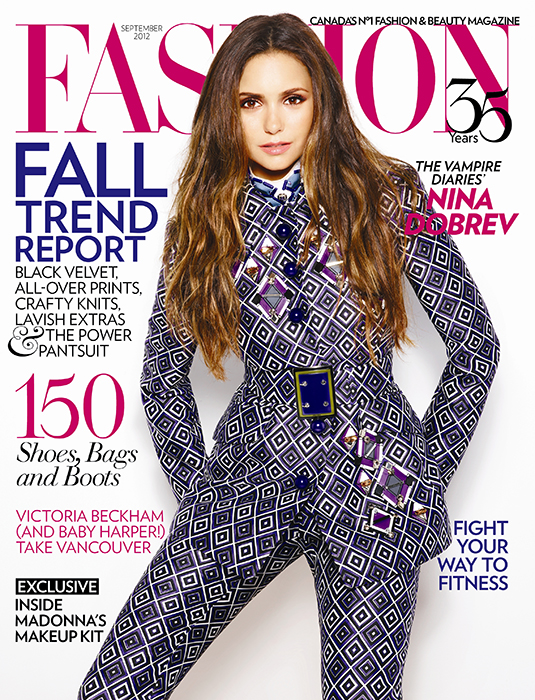 All this pattern is a bit crazy bananpants…but I wouldn’t say no to be being dressed head to toe Prada.

It’s sort of fitting to see her on the cover of the magazine. Because September is the Jahnuary of everything for me. New notebooks. New sweaters. New giant ass magazines. New TV shows (I mean, good that I’m now caught up on season one of Sports Night and The Good Wife, but I’m ready for some new TV already). And Nina Dobrev’s show with Ian Smoulderhalder? Yeah. On that. I’m just all sadtrombone.com to know it doesn’t start until October, because that’s the January of nothing.  (I was once asked by a cable provider what TV shows I watch most, so they could sell me a new package of channels. My answer was, “shows meant for a much younger demographic and involve a lot of dudes taking their shirts off.” They weren’t sure what TV to offer me.).

But aside from being all giddy for a new season of vampires having sexytimes (yes, I just said that. No, I haven’t watched a Twilight movie since the middle of the second one when I got bored and turned it off), I’m giving snaps to Nina Dobrev for being all pro-active on choosing a stylist. Because it’s totally working out in her favour. Which is saying a lot since I kind of hate/am completely bored by 90% of what trots down a red carpet. I mean, go look at the archives on Go Fug Yourself to see she gets a lot of Well Playeds. Which means her choice of stylist is totally working for her (then again, her stylist also made Bradley Cooper a thing to look at, so clearly, a professional of the highest order).

Also, when I read the sneak peek at her article [insert giddy blogger gets a perk dance here] which I’m not going to share all of, but I will say I totally enjoy the “if you have to ask you can’t afford it” Cavalli dress she wears, I also decided to award her a giant You Go, Glenn Coco Award.

What’s the award for? For using Miley Cyrus as a verb.

“Eventually I am going to marry and have a family but not anytime soon. I’m not going to pull a Miley.”

Golf claps, girlfriend.  You keep doing you and being mildly snarky in interviews and you keep on making your TV show with the vampire sexytimes that I find so gosh darn entertaining. And I look forward to carrying you and Fashion around from YHZ to YYZ on  Thursday.

It’s the most wonderful time of the year: September! (sort of)
https://haligonia.ca/its-the-most-wonderful-time-of-the-year-september-sort-of-64854/