“The James Tait Black Memorial Prizes are Scotland’s most prestigious and the U.K.’s oldest literary awards. The prizes have achieved an international reputation for their recognition of literary excellence in biography and fiction.

This year’s winners were announced this past weekend:

The Lotus Eaters
by Tatjani Soli 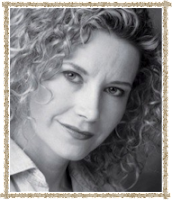 “Soli’s debut revolves around three characters whose lives are affected by the Vietnam War. Helen Adams comes to Vietnam in the hopes of documenting the combat that took her brother from her. She immediately attracts the attention of the male journalists in the region, and quickly falls into an affair with the grizzled but darkly charismatic war photographer Sam Darrow. As Helen starts to make her own way as a photographer in Vietnam, drawing as much attention for her gender as for her work, Darrow sends her his Vietnamese assistant, Linh, a reluctant soldier who deserted the SVA in the wake of his wife’s death. While Linh wants nothing more than to escape the war, Darrow and Helen are consumed by it, unable to leave until the inevitable tragedy strikes. The strength here is in Soli’s vivid, beautiful depiction of war-torn Vietnam, from the dangers of the field, where death can be a single step away, to the emptiness of the Saigon streets in the final days of the American evacuation.” ~Booklist

Burying the Bones; Pearl Buck in China
by Hilary Spurling 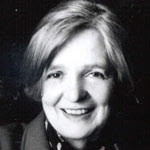 *Starred Review* Pearl Buck, the controversial, best-selling author of The Good Earth (1931) and a trailblazing Nobel laureate, was a quasar-bright celebrity, but her fame quickly dimmed after her death in 1973. Now, by some strange force, her radiance is resurgent. Anchee Min fictionalized Buck’s dramatic life in Pearl of China (2010), and Spurling, Matisse’s splendid biographer, adeptly matches factual rigor with enthralling insights in this brilliantly contextualized and beautifully crafted portrait of a unique cultural interpreter. Born in 1892 to beleaguered American missionaries, intrepid and book-loving Pearl Sydenstricker was shaped by the miseries of Chinese rural life, from floods to disease, famine, and war. Sadly, her marriage to John Lossing Buck, a pioneering agricultural economist, was oppressive; her concern for their mentally disabled daughter wrenching; and her grief over the Chinese people’s epic suffering and her own exile was devastating. But, as Spurling chronicles so sensitively, Buck boldly channeled her profound knowledge of China into novels of mass appeal meant to incinerate Western prejudices. Lauded and condemned in America and banned in China, Buck, a pivotal player in U.S.-Chinese relations and a dauntless champion for universal human rights, lived a life of staggering traumas and triumphs.” ~ Booklist