The cold, snowy month of January is maybe one of the best for curling up with a good book. And with the new year, you might be interested in checking out a few new to you authors. Here’s a few authors who celebrate or celebrated their birthdays in January – celebrate along with them by reading one of their titles.

Renowned Italian author Umberto Eco was born in Allessandria, near the top of the boot that is Italy, on January 5, 1932. Educated at the nearby University of Turin (where he studied philosophy) and now an educator himself at the University of Bologna, Eco’s seemingly endless curriculum vitae includes multiple awards and decorations, dozens of honorary degrees, an impressive array of academic and scientific appointments and an endless bibliography of essays, dissertations, translations, lectures and books. Outside academia Eco is probably best known for his 1980 medieval mystery novel, The Name of the Rose. And just so that you don’t think Eco is too stuffy – when asked about his motivation for writing that bestselling novel, Eco is reported to have answered: “I felt like poisoning a monk.”

Historical mystery with a different flair can be found in the writings of bestselling African American author Walter Mosley, who was born in Los Angeles January 12, 1952. He began his writing career in 1990, with the publication of his first novel Devil in a Blue Dress. This was the first in his series of Easy Rawlins mystery stories – a series which has stretched into 10 other novels. The Easy Rawlins series has the gritty appeal of hard boiled mystery, but it’s the characterization and historical detail that also make these novels so popular. Starting in the late 1940s and moving through the 1960s, Mosley’s main character faces not only the danger of the cases he sets out to solve, but also the trials of a black man living in pre-civil rights movement America and the turbulent 1960s. Although Mosley is most well known for the Easy Rawlins novels – his writing talent is not limited to the mystery genre. He has penned Science Fiction, non-genre fiction, YA fiction, screenplays, nonfiction and even Grammy award winning CD liner notes.

Are authors born in January destined to write mysteries and thrillers? Patricia Highsmith -born January 19, 1921 in Fort Worth, Texas – doesn’t buck the trend. Patricia Highsmith is world renowned as an author of psychological crime thrillers. Highsmith’s suspense stories featuring the amoral and sexually ambiguous thief and murderer Tom Ripley (beginning with the Talented Mr. Ripley, which – along with others in this series – has been adapted for film), are among the twenty-two novels and seven volumes of short stories to her credit. A recently released biography of Highsmith entitled 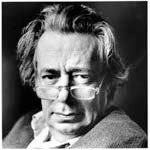