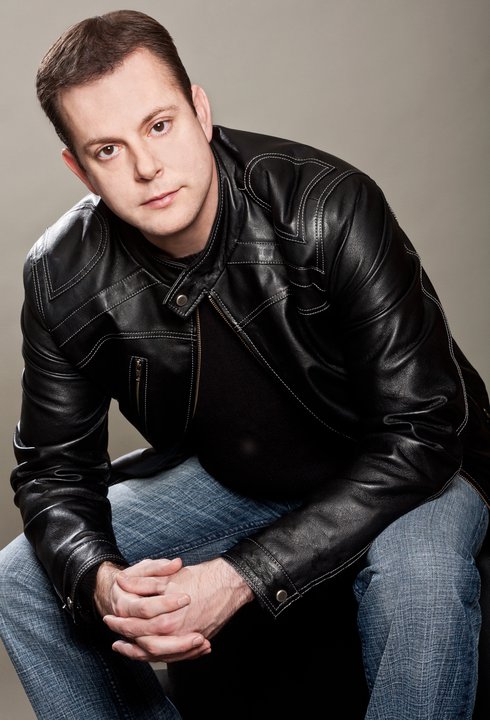 Well, hello! And welcome to the very first installment of Citizen at Large, my new weekly Haligonia.ca column.
For those of you who don’t know me by name alone, I’ve been a like-it-or-not fixture in Halifax since 2003. During that time, I spent six and a half years as the owner/editor of ‘notorious’ Halifax biweekly Frank Magazine (which I sold in 2010) and served as founding editor of the now-defunct LGBT glossy Gaze. I’ve written regularly for GayGuideHalifax.com and still hold out hope that my $400 cheque for my 2012 OpenFile.ca scribblings will one day soon appear in my mailbox. I’m a bit of a local fixture on Twitter, where my caustic barbs, newsy observations and relentless hocking of Kijiji-listed items are disseminated via the handle, @citizenwilliams. Most recently, I began blogging at therealcitizenwilliams.wordpress.com.
Some might argue I’ve made a career out of minding everyone else’s business. Whether or not I agree with that assessment is immaterial. Fact is, there is a great deal of news in this city that goes unreported – sometimes because of contracting newsrooms, other times due to limited airtime on radio and TV news programs, but more often than not, it boils down to a lack of interest or sheer laziness. That said, I, in no way, expect to write, er, right all those ‘wrongs’ by way of a once-a-week column, but I do hope to somewhat narrow the gap by shedding light on matters of interest missed or ignored by my mainstream media colleagues: things like social events, real estate news, business tidbits and media comings and goings. Basically any news in HRM about which I have particular insight.
For instance, one of HRM’s most underreported areas – in my opinion anyway – is Bedford, home to HRM’s political Regan clan, Clearwater and, of course, the Chickenburger. And even though my humble, overtaxed abode sits several tax brackets from the upwardly mobile enclave known as Shore Drive, I do tend to keep my eyes peeled for interesting developments along the oft-congested Bedford Highway.
For starters, I see ground has finally been broken at 827 Bedford Highway – near the base of Southgate Drive and within spitting distance of the Traveler’s Motel, owned by Navid Saberi’s United Gulf Developments – where a city council-approved, three-storey mixed-use erection is set to be built by the Trillium-famous W.M. Fares Group on behalf of Louisburg Developments (Ahmad Farhan, proprietor).
Elsewhere in Bedford, it seems Gusto Vita, the “tasteful living” emporium owned and operated by Windsor denizens Lorna and Ken Everett, is in the final stretch of its closing-out sale. The 1244 Bedford Highway building – not far from the newly reopened and 95 per cent renovated McDonald’s – is currently being advertised for lease.
Meanwhile, the Parlour Boutique Salon (Jacqueline LeRue, proprietor/chief stylist) has relocated from its former 1360 Bedford Highway location to 65 Dellridge Lane (off Larry Uteck Blvd), while Mark Martin’s MHome furniture store is prepping for a Bedford Highway move where it’ll set up shop next to Tony’s Barbering at No. 1139. Entity Boardshop, the surf, skate, and snow lifestyle store has made known its plans to relocate from its current BH haunt to 5239 Blowers Street, above Willy’s Cheese Steaks, in May.
Halifax’s media scene is also seeing significant movement these days. Hot on the heels of CTV sportscaster Paul Hollingsworth’s defection to Communications Nova Scotia comes word that Port Hood, Cape Breton native Garreth MacDonald is leaving the Robie Street bunker to take a position as Communications Director/Coordinator at Hockey Nova Scotia. He starts this coming Monday. Reflecting fondly on his time at CTV Atlantic, the 20-something NSCC grad told Facebook friends that of all the stories he covered for the station during his time there, “the ones that have always made me the happiest have been the hockey ones.” Sounds like a perfect fit to me.
Over at Global Maritimes’ new Gottingen Street headquarters, web producer Nick Logan is also readying for change. King’s College Grad Nick, who’s been with Global’s Halifax operation since 2011, is heading west to Vancouver to take a temporary web producer post with Global National, where he’ll cover the world news beat. Word has it HRM native Mairin Prentiss will return to Halifax from Global’s Toronto office to cover the position until a permanent temporary replacement can be found.
In other media-related news, I’m happy to hear that David Guy, husband of Globe & Mail Atlantic Bureau Chief Jane Taber, has returned to his Allnovascotia.com desk, albeit on a limited basis. “Banner day for our family as @DaveGuyHfx is back to work for one day a week – almost nine mos to day of cancer diagnosis,” Tweeted Jane on March 12. Diagnosed with leukemia, I’m told Dave underwent a bone marrow transplant in August and that his recovery to date has been nothing short of remarkable.
Speaking of remarkable, if you’ve yet to experience the extraordinary musical talents of Canadian singer-songwriter Jeffery Straker in person, I’m happy to announce that the classically trained pianist who’s outsold both Justin Bieber AND Lady Gage in his native Saskatchewan, will be performing alongside Nova Scotia’s own Jenny MacDonald 8 p.m. Monday at the Company House, 2202 Gottingen Street. Admission is $8.
Jeffery, who I met last year at Gay Guide Toronto’s 10th anniversary party, performs some 100 Canadian shows every year and has taken his music to Ghana, Ireland, Panama, New York City and Las Vegas, where he performed at the OUTMusic Awards this past December, and is also scheduled to play post-Metro gigs in Antigonish, Sydney, Moncton and PEI. For his complete touring schedule, as well as a sampling of his videos, including my personal favourite Brand New Ocean visit www.jefferystraker.com.
Until next week, be sure and follow me on Twitter at @citizenwilliams and send me your news tips at wjewilliams75@gmail.com!