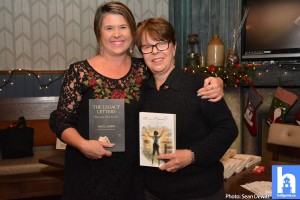 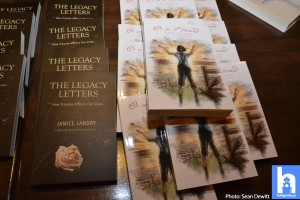 The book is a poignant journey through the lasting impacts of tragedy on the families left behind and the personnel who work around trauma day-in and day-out. 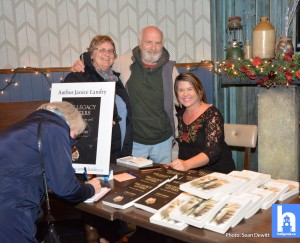 The book includes 17 Canadians, from six provinces, who have written 15 poignant and powerful legacy letters – providing rare insights into the hearts and minds of those who have walked through horror to hope. 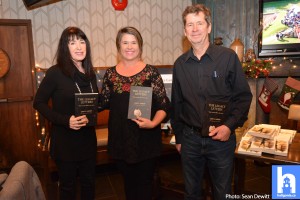 “I sincerely hope this project helps spark tips or new leads in the unsolved cases discussed, as well as others. These families, and many like them, deserve justice and answers,” said Landry, of this, her fourth book. 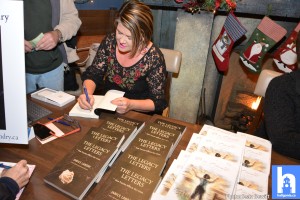 The stories include high-profile unsolved crimes widely covered by the media, which have left a profound impact on the both the author and the public. Those cases include: the 1989 disappearance of Parrsboro native, Kimberly McAndrew, and the 1992 murder, in Nova Scotia, of British Columbia’s Andrea King. 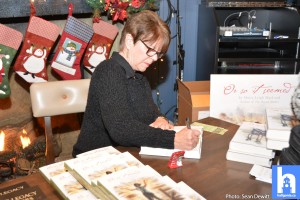 The book’s cover honours Andrea, (and all victims), whose murder occurred 25-years-ago, this year. The white rose depicted in the striking cover image is a poignant symbol of a gut-wrenching scene the writer observed with Andrea’s parents, Ann and Wayne, in the Nova Scotia woods where Andrea’s remains were found, nearly one year after she went missing from the Halifax airport.
In a gripping foreword, Nova Scotia journalist Phonse Jessome frankly discusses his own exhaustive work as a veteran and respected writer, crime reporter, television videographer and author.
One legacy letter is written by Andrea King’s mother, Ann, who updates the public about how the King family has been doing in the 25 years since their daughter died. In another letter, a retired Halifax detective sergeant discusses the lasting impact of unsolved crimes on the first responders who exhaustively try to solve them, sometimes without conclusion.
The same theme is also explored by Canada’s first female criminal profiler, Kate Lines, a former Ontario Provincial Police (OPP) chief superintendent, who trained with the FBI at Quantico during the premiere and height of the blockbuster and ground-breaking movie about profiling, “The Silence of the Lambs.” The profiler discusses the still-unsolved disappearance of British Columbia toddler Michael Dunahee and the horrific Paul Bernardo/Karla Holmolka investigation.
The compelling stories take readers across Canada, including the far north, and internationally to Haiti and Bosnia, showing how trauma knows no borders, and underlining the universality of human struggle – the very things that tear us apart also bind us together.
The people in the book represent: police, RCMP, firefighters, 911 dispatchers, emergency communication managers, members of the Canadian military, corrections employees, profilers, journalists, news photographers, medics, airport personnel, spouses and loved ones of emergency responders, and the families of victims of crime.
The Legacy Letters ends with the search for a little girl, Monique-Lucie, of Haiti, whose birth irrevocably changed the lives of two Canadian medics, one from New Brunswick and the other from Quebec. They share their story in the hope that a reader may be able to solve the mystery and give their story a happy ending.
“I am deeply honoured and humbled that the people involved have entrusted their stories and legacy letters to me. It’s my hope their messages help others grappling with the effects of trauma and underline the importance of supporting those who repeatedly risk their own safety in service,” said Landry.

The Legacy Letters is published by Pottersfield Press and available for purchase at Chapters, Coles, Indigo or directly via:

For details on upcoming book signings and other personal appearances by the author, please visit: www.janicelandry.ca

Moira’s latest book is “Or So It Seemed.”

t’s 1946 and Mabel has never been happier. She’s a wife, a new mother, and the owner of the town’s most popular bakery. The black clouds that had followed her in the past have parted and her future has never looked brighter. Or so it seemed.

A devastating loss and murder abruptly turn Mabel’s tranquil life upside down. As rumours run rampant, conclusions are drawn, and doubt takes hold, Mabel is left questioning her marriage, her faith and her very existence.

Or so it seemed is a stand-alone, page-turning mystery that reintroduces many of the unforgettable characters fans of The Bread Maker have come to either love or loathe, cry for or curse. Readers of this evocative and stirring novel will also be treated to a rich cast of new characters, including Mabel’s strange neighbour, a handsome young priest, and a hilarious gaggle of mischievous boys; all of whom come together to remind us that things aren’t always as they seem.