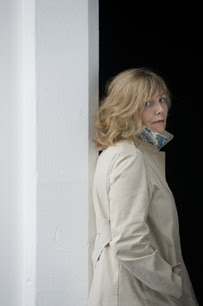 Popular British author Kate Atkinson (M) was recently awarded a prestigious MBE award at Buckingham Palace in recognition of her literary accomplishments.
NoveList describes Kate Atkinson as follows: “With her elegant prose and superb storytelling skills, Kate Atkinson appeals both to fans of Literary Fiction and to fans of genre fiction; murdered bodies, fairies, time travelers, and private investigators have appeared in her various novels and short stories. In each book eccentric characters dance through a host of complicated storylines, which converge in a masterful act of plotting that even the most attentive readers cannot anticipate. Occasional violence and dark themes are leavened by frequent dashes of subtle humor”.
Kate Atkinson burst on the literary scene in 1995, when she won a Whitbread Book of the Year Prize for her debut Novel, Behind the Scenes at the Museum. (M) 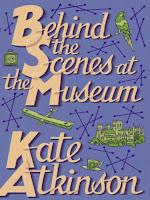 “Ruby Lennox was conceived grudgingly by Bunty and born while her father, George, was in the Dog and Hare in Doncaster telling a woman in an emerald dress and a D-cup that he wasn’t married. Bunty had never wanted to marry George, but here she was, stuck in a flat above the pet shop in an ancient street beneath York Minster, with sensible and sardonic Patrica aged five, greedy cross-patch Gillian who refused to be ignored, and Ruby…

Ruby tells the story of The Family, from the day at the end of the nineteenth century when a travelling French photographer catches frail beautiful Alice and her children, like flowers in amber, to the startling, witty, and memorable events of Ruby’s own life. ” -Publisher
“With a natural storyteller’s flair, Atkinson tumbles forth an array of anecdotes, revealed secrets, and eccentric snippets of love and death that finally build into the splendid chronicle, ghosts and all, of Ruby’s life. With a sly, biting humor and honest warmth, a thoroughly enjoyable first novel with the promise of good things to come” – Kirkus Reviews
Thus began a run of very well received novels. Perhaps her best known work on this side of the Atlantic is her Jackson Brodie mystery series. The first title in this popular series is Case Histories. (M)

“The scene is set in Cambridge, with three case histories from the past: A young child who mysteriously disappeared from a tent in her back garden; An unidentified man in a yellow jumper who marched into an office and slashed a young girl through the throat; and a young woman found by the police sitting in her kitchen next to the body of her husband, an axe buried in his head. Jackson Brodie, a private investigator and former police detective, is quietly contemplating life as a divorced father when he is flung into the midst of these resurrected old crimes… This wonderfully crafted, intricately plotted novel is heartbreaking, uplifting, full of suspense and often very funny. – Publisher
The latest series entry is Started Early, Took My Dog (M), released in 2010.

“Tracy Waterhouse leads a quiet, ordered life as a retired police detective-a life that takes a surprising turn when she encounters Kelly Cross, a habitual offender, dragging a young child through town. Both appear miserable and better off without each other-or so decides Tracy, in a snap decision that surprises herself as much as Kelly. Suddenly burdened with a small child, Tracy soon learns her parental inexperience is actually the least of her problems, as much larger ones loom for her and her young charge. Meanwhile, Jackson Brodie, the beloved detective of novels such as Case Histories, is embarking on a different sort of rescue-that of an abused dog. Dog in tow, Jackson is about to learn, along with Tracy, that no good deed goes unpunished.” – Publisher

Kate Atkinson - Member of the Order of the Britsh Empire
https://haligonia.ca/kate-atkinson-member-of-the-order-of-the-britsh-empire-54204/