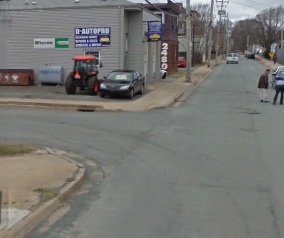 Two young offenders are in custody and police are looking for two men after a robbery attempts yesterday.

At 1007 pm police responded to a robbery call at a residence on Macrae Ave, Dart. Two females knocked on a resident’s door and asked for a phone number, the resident left the door , the females entered the residence , produced a knife and took electronics and jewellery from the complainant. The complainant was not injured in any manner.

As a result of further investigation the two suspects were located in the vicinity. The property was recovered and two Young Offenders were arrested and  held for court in the morning on numerous offenses including robbery, possession of a weapon and possession of stolen goods.

View Larger Map
Police responded to a report of a robbery at Maynard/Roberts St, 0035, male complainant was walking when he was approached by two males, one male pointed a small switch blade type knife at him and demanded his belongings, the complainant ran off .

Suspects are described as:  White males, approx 5’9, both wearing masks covering their face rom the nose down.