L-A: I didn’t mean to bring you another fictional random style icon so soon, but the perfect storm of things just brought it together. Those things being Downton Abbey winning best mini-series at the Golden Globes (and Maggie Smith not winning in her category. Robbed!), the Temperley London Pre-Fall 2012 collection showing up in my twitter feed, and a large glass of red wine. These things happen sometimes.

It should come as no surprise to anyone that I watch (and love) Downton Abbey. It’s a highly addictive period drama. 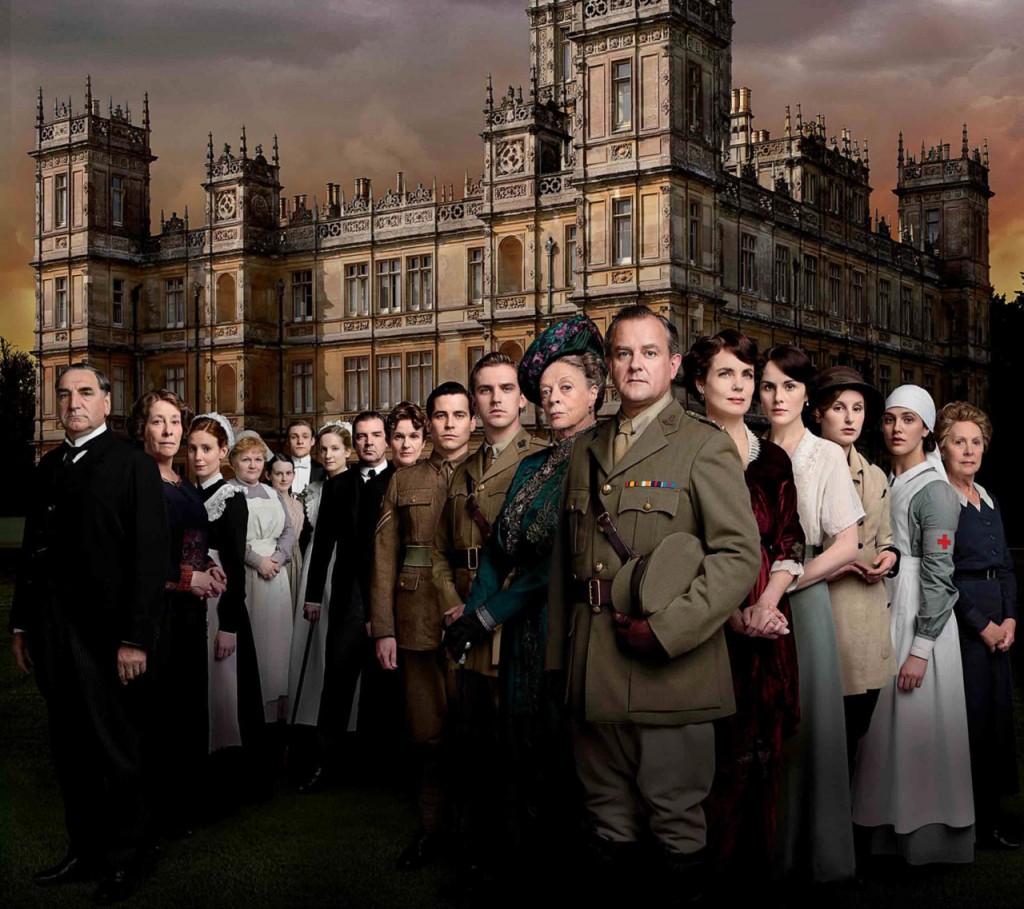 Cast of 20 with fancy costumes in a giant house and lots of dramz? Don’t mind if I do!

There’s way too many characters to deal with in one post, so let’s go with my current favourite. Mostly because she’s kind of a bitch. 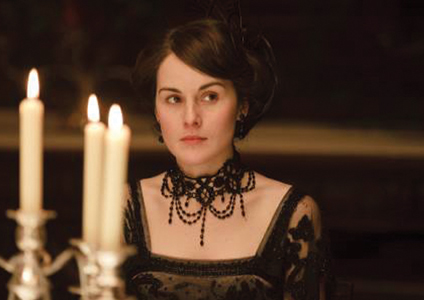 For those of you immune to the charms of this joint BBC/PBS Masterpiece dramzfest, here’s the skinny: Mary is the eldest daughter of the Lord Grantham and because of some kind of British law, she can’t inherit the estate. So she needs to marry well because dresses don’t come cheap. And apparently, marrying well is a tedious business because the rich dudes are boring as all get out. 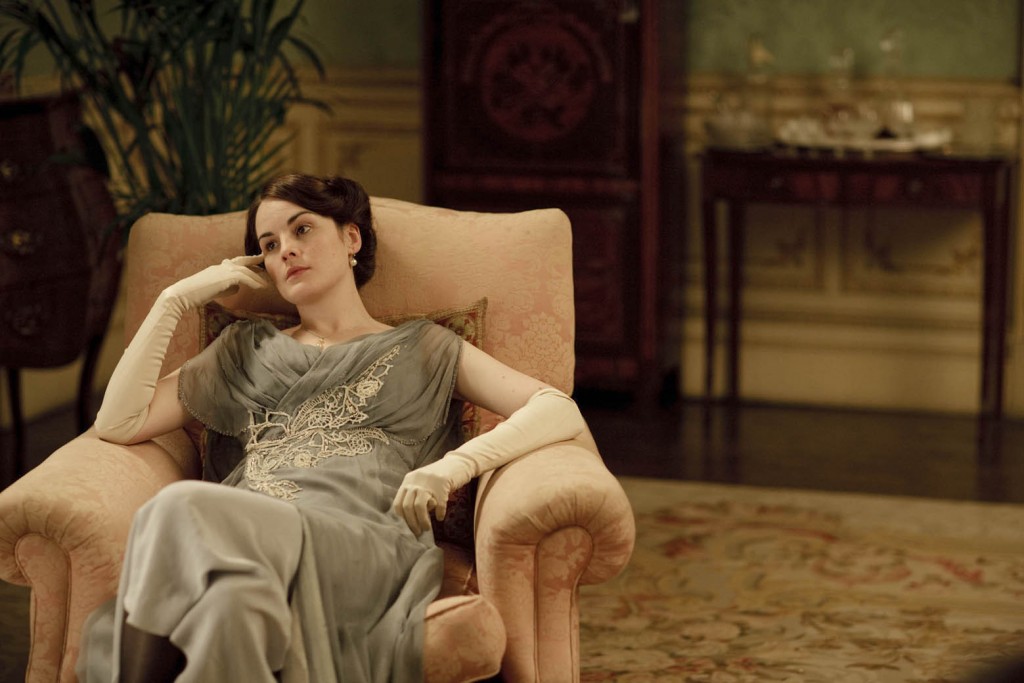 Mary’s super pretty, so being single is kind of new to her. That’s because her cousin died on the Titanic and left her un-engaged and on the hunt for a new dude. In the process, she sleeps with a Turkish diplomat who dies in her bed and she has to move him so no one will know he died there (which is totally fair. I’d move a Turkish dude out of my bed if he died there. “No officer, he totally died on the couch”). Another distant cousin moves to town because he’s going to inherit the place and they eventually fall butt crazy in love (because it’s still totally okay to fall in love with your cousin).

Of course, it doesn’t quite work out for all the usual reasons: large misunderstanding, he goes to war, gets engaged, gets injured, et cetera, et cetera (I’m trying not to spoil it for y’all who haven’t seen season two, which totally ruined where that joke was going).

From what I can tell, Mary’s hobbies include horseback riding, strolls through the English countryside, singing romantic duets with men who are engaged, dressing up fancy for dinner and breaking up her sister’s relationships. She’s a real peach. But she always looks good and that’s the main thing.

So, you get the picture. It’s hard to be a wealthy young woman looking for love back in the early 20th century. It’s a wonder she doesn’t take up day-drinking. 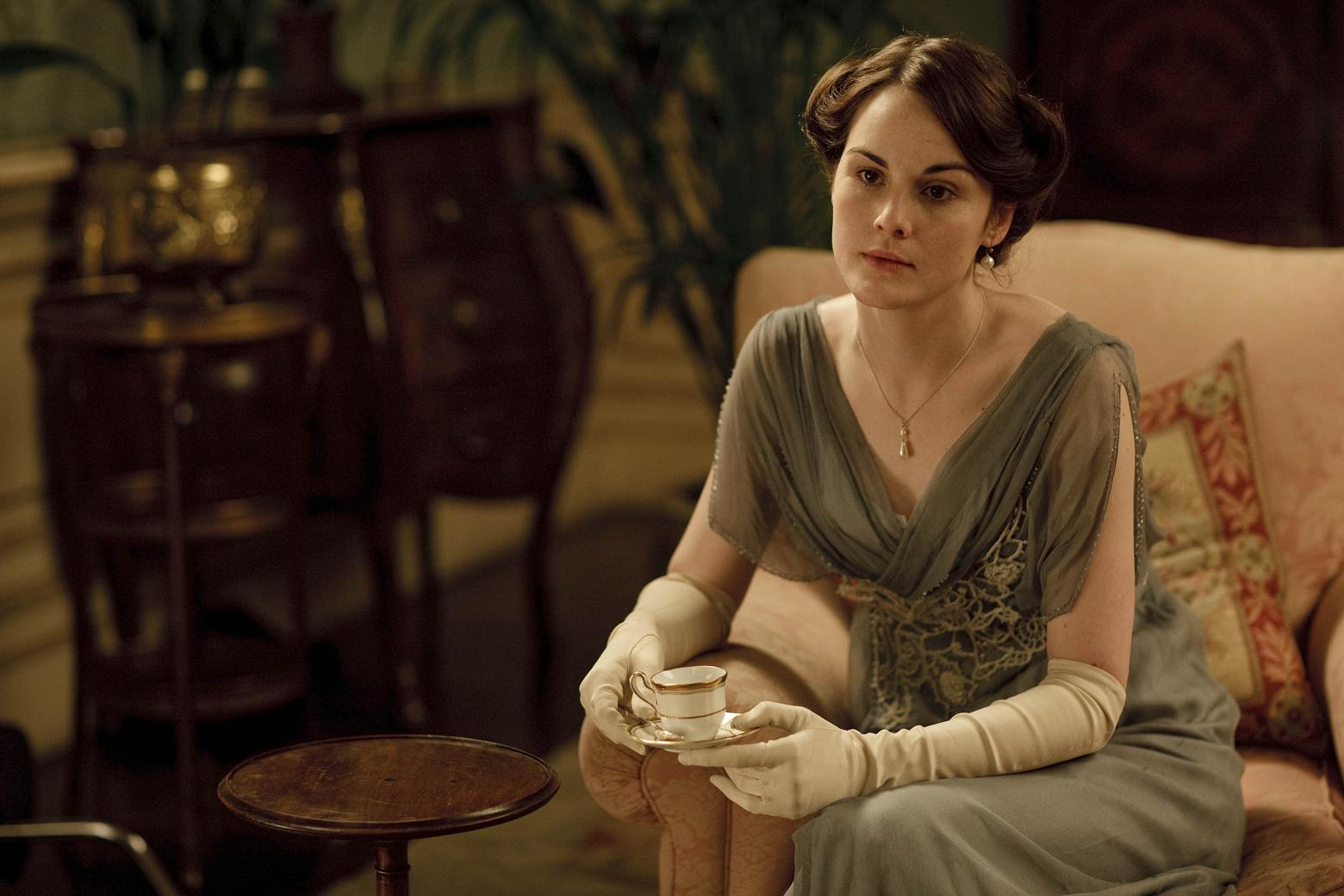 She spikes her “tea” when no one is looking.

Now that we’re all up to speed on Mary’s loves and losses and bitchin’ dinner wear, we can flash forward to present day where you too can look like Lady Mary at dinner. So long as you have a spare $1400+ to drop on a Temperley London dress.  Because I was checking out the Temperley London Pre-Fall 2012 collection on New York Magazine (from where I took all the following screenshots) and after I got past the dresses that were inspired by Melanie Griffith’s Working Girl and some adorbs dresses I’d wear in a heartbeat, I was struck by one thought: “holy crap! You could totally wear that to dinner at Downton Abbey!” Check out these bad boys (and the occasions in which they are most appropriate):

1. To seduce foreign diplomats who will totally die while nude in your bed. 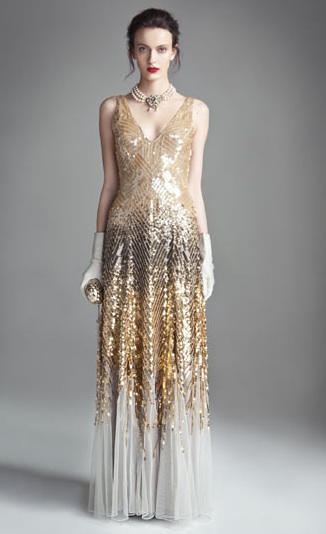 How could he resist you in that?

Also, that must be a really frigging awkward moment when you wake your mom up in the middle of the night to tell her about the dead dude. You best hope you and the diplomat didn’t just toss that sparkly number on the floor. Because you wouldn’t want to have to explain that you also wrinkled that dress while you were at it.

2. A more subtle, demure look for meeting distant cousins you will eventually fall butt crazy in love with. 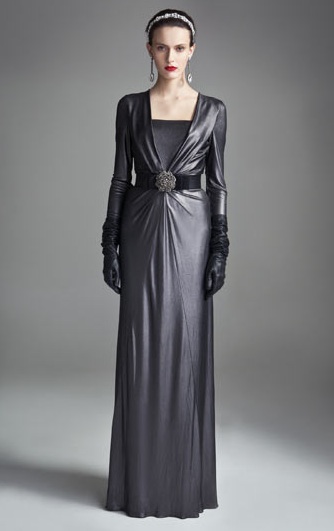 The gunmetal grey paired with black gloves and a bejeweled headpiece would totally be the sort of thing your Lady Dowager Grandmother would approve of. Even if she doesn’t approve of the new heir to the house just yet (stupid Titanic ruining everything!).

3. While in Town (apparently this is what we call London), you will be headed out to parties to meet other rich young (and older) men. 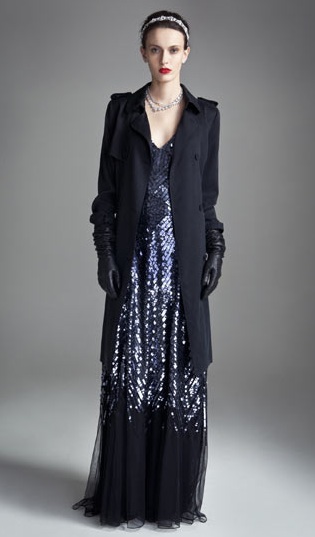 So Lady Mary wouldn’t have worn a trench coat. I know that. But if she were Lady Mary today and headed out to meet a wealthy, self-made newspaper baron who is kind of a d-bag, I bet she would wear it.

3. Saturday night in with the family. 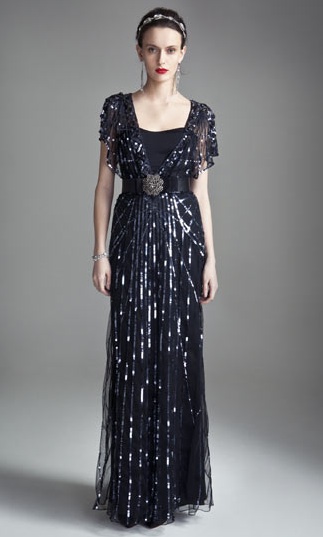 Like those brunches on Gossip Girl, family dinners at Downton are a classy affair. This will help seal the deal with the cousin. You know how your sister was setting her cap at him? NOT ANYMORE BITCH. Or how another lady thinks she’ll be his one and only? SERIOUSLY BITCH? IN THIS DRESS? One look at your sparkly dress and mildly caustic wit and he’ll be yours forever!

And as an aside to the starlets of Hollywood, who I’m sure read this blog: why the eff didn’t you wear anything like this on the red carpet on Sunday? If you had,  I would have been a little excited by what I saw. So, maybe you can take a page from the Lady Mary playbook when it comes time for the Oscars? Awesome. Thanks.

Ally: I have nothing to add to this hilarious post. Specifically the second to last paragraph written by L-A. Speechless. Also, I was working last night so I wasn’t able to fit in time to be witty.

I will add this, which some of you might have seen. I know the whole “Shit Girls with Blonde hair and Nine Toes Say” thing is getting tired, but it’s not exhausted. Not for me. Not yet. Especially after watching this:

Then I admitted I say the following:

“He was dressed like that hot guy from Yo Gabba Gabba”

“How do we feel about bangs?” and “How long do you think it will take for them to grow out?”

I may have even used the hashtag #totesamaze