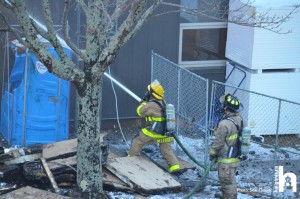 Fire crews were called to an address on Challenger Dr at about 4pm Sunday after reports of a fire inside a large building near the Coast Guard ships.

Several aerial trucks assisted fire crews on the rooftop as crews were seen hosing hot spots and cutting holes. Heavy damage was seen with smoke pouring out for quite some time along side of the structure, one window area in particular.

Investigators have been called in as fire crews are slowly clearing the area. Cause of fire, and any reports of injuries, are not known at this time. 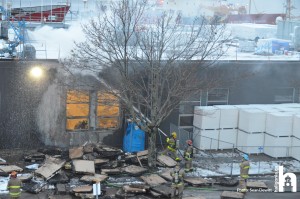 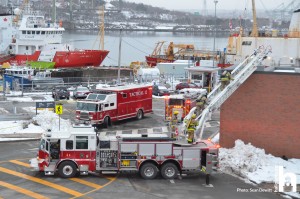