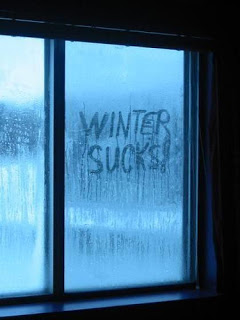 Worthwhile activities to combat the winter doldrums, also known as yes, it’s Canada, but do try to leave your house.

January 21
Thrillema: My one true love has returned, armed with a lawnmower. DEAD/ALIVE! In a less accessible part of Dartmouth, but I’m betting that won’t hold back the crowds. An amazing short film, “Blood Shed”, is playing as well. Pre-sale here.

January 23:
Canadians Against Proroguing Parliament: Halifax Rally. Kind of speaks for itself. 10:00 AM at Province House.

January 26:
The amazing Ani Difranco is playing a show at the Cohn as part of the Dead of Winter festival.

January 29:
Tom Fun Orchestra and the Stanfields. Tom Fun are a must-see. The energy is like nothing else. Also, there’s like 50 people crammed on stage.

January 30:
Bust a Move. Come watch gals from the internet attempt to get through 6-hours of exercise. This’ll probably be your last chance to see me, as either exertion or Richard Simmons will do me in.

Retro Night. If I survive the exercise, I am going to get folks to wheelbarrow me over to the Paragon Theatre, where propped up in a corner I’ll attempt to walk like an Egyptian.