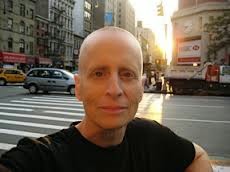 Writer and activist, Leslie Feinberg, author of the groundbreaking coming-of-age novel, Stone Butch Blues, died on November 15th, 2014 at the age of 65.

An important figure within the LGBTQ community, Feinberg was also an advocate for people in struggle who have historically been marginalized because of their gender, sexual, and racialized identities.

As a journalist, and later a Managing Editor, with the Workers World Party, ze wrote extensively on the relationship between gender and socialism. In the obituary published in The Advocate, her family wrote that, “Feinberg was the first theorist to advance a Marxist concept of ‘transgender liberation,’ and [hir] work impacted popular culture, academic research, and political organizing.” Ze has been credited as one of the first social thinkers to advance the idea of intersectionality – the examination of how different forms of oppression intersect – in hir work.

Feinberg’s influence in the study of gender ranged from fiction to nonfiction. Besides Blues, hir most popular work, Feinberg also published Drag King Dreams (2006), Trans Liberation: beyond pink or blue (1999) and Transgender Warriors: making history from Joan of Arc to Dennis Rodman (1997).

The politics of gender profoundly shaped Feinberg’s life. In an obituary published in The New York Times, Bruce Webber notes that although ze sometimes encouraged others to “read” hir gender presentation as male in potentially unsafe situations, Feinberg preferred to identify in ways that honoured hir authentic gender expression. In an interview with Camp, ze says, “I like the gender neutral pronoun ‘ze/hir’ because it makes it impossible to hold on to gender/sex/sexuality assumptions about a person you’re about to meet or you’ve just met.” Even Feinberg’s health was influenced by gender and transphobic prejudice. First exposed to tick-borne infections in the 1970s, ze was not diagnosed until 2008; a fatal mistake that Feinberg blamed on transphobia in the health care system.

In hir obituary, Feinberg’s family invites the reader to engage with a new edition of  Stone Butch Blues,

At the time of her death she was preparing a 20th anniversary edition of Stone Butch Blues. She worked up to within a few days of her death to prepare the edition for free access, reading, and download from on-line. In addition to the text of the novel, the on-line edition will contain a slideshow, “This Is What Solidarity Looks Like,” documenting the breadth of the organizing campaign to free CeCe McDonald, a young Minneapolis (trans)woman organizer and activist sent to prison for defending herself against a white neo-Nazi attacker. The new edition is dedicated to McDonald. A devoted group of friends are continuing to work to post Feinberg’s final writing and art online at Lesliefeinberg.net.

The site is still under construction as of this writing but I would encourage you to check back in the future to learn more about Feinberg’s creative legacy.