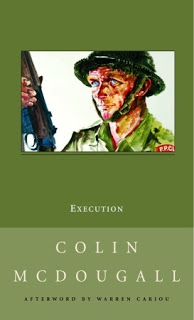 Fiction can help us explore the tragedy and devastation of the human spirit that inevitably results from warfare.
Here are three great Canadian war novels:

Winner of the 1958 Governor’s General’s Award for English Language Fiction. Based on the author’s own military experience, Execution tells the tale of the Canadian 2nd Rifles during the 1943 Italian campaign. The book title comes from the soldiers orders to kill all Italian deserters. A thought provoking novel that explores the immorality forced upon moral people. 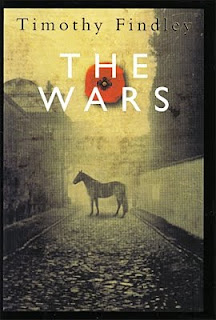 The Wars, by Timothy Findlay
Another winner of the Governor General’s Award for Fiction (1977). Findlay creates the story of an 19 year old officer, Robert Ross. The novel traces Robert’s life, as he faces his internal wars in the larger context of the first World War.
A truly fascinating story from a master writer, one who is so adept at transporting the mind of the reader to another time and place. 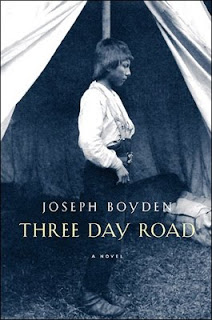 Three Days Road, by Joseph Boyden
An award winning novel that recounts the aftermath of WWII in the lives of two First Nations soldiers. The story is loosely based on the real lives of first nations war heroes Francis Pegahmagabow and John Shiwak.
Boyden is a world class stoyteller and here he weaves an enthralling tales of two snipers returning to Canada to pick up the pieces of their lives.