Am I the only Mom who doesn’t prioritize trips to the salon? I can’t be. Up until August, my hair was long. Really long. Hasn’t-been-cut-since-2012 long. I tell myself that I was growing it out and that I liked long hair, but truthfully, I was hopeless when it came to styling it and I couldn’t stand the weight of it unless it was in a ponytail.

Many things make me feel like a frumpy Mom, but my hair was definitely a major culprit. 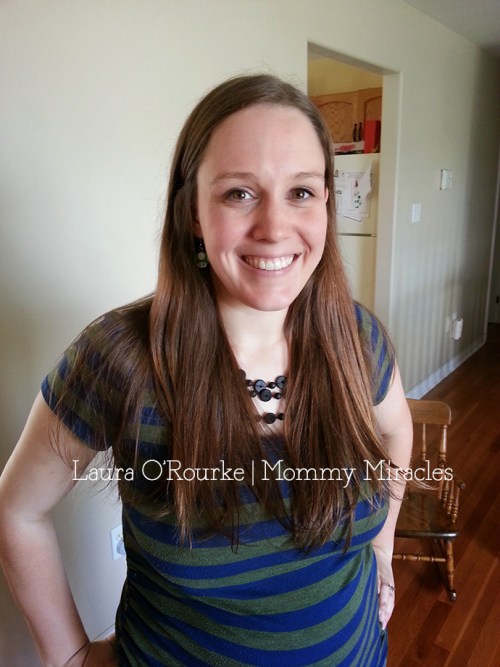 Recently, I realized I was finally completely sick of my hair and knew that I had no more patience to leave it as it was. A trip to the salon was suddenly top priority for this Mom, despite the time and the cost involved. I turned to Twitter to get some salon suggestions, since it had been nearly two years since my last trip. My goal was to find some place in the community where I had just moved and someone whom I could trust to do a good job. People replied with so many suggestions. Everyone used first names. Everyone thought I should head across the city to visit their person, since they were obviously the best. Everyone seemed to have a stylist that they were personally invested in. Everyone had complete love and faith in their stylist.

Meanwhile, the last time I went to a salon, I went to a place in the mall and asked for a junior stylist to save money.

When Tove from Mama in the Now asked me to participate in her guest post series called “Pen > Paper > Heart“, I had a hard time deciding who to write a letter to. In this beautiful guest post series, Tove asks writers to write a letter to someone in their life. It can be to anyone and about anything. I finally got a hair cut right in the middle of this writer’s block I was suffering. I was flummoxed about who to write to, until I realized how personal getting a haircut could be… and how as a young Mom, I’m not in a stage of my life where I can make it personal for me. 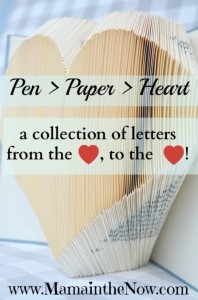 Please go over to Mama in the Now and see the letter I wrote to my hairstylist. It sounds silly, but the piece really did become very personal to me, and I think many moms will be able to relate to putting themselves on the back-burner, even if you do prioritize haircuts. I would love your comments, but please share them with me on my post over there. I’ll be closing comments here. And of course, you don’t get to see what my hair looks like now without visiting me there.

The post Letter to a Hairdresser appeared first on Mommy Miracles.

Letter to a Hairdresser
https://haligonia.ca/letter-to-a-hairdresser-97160/