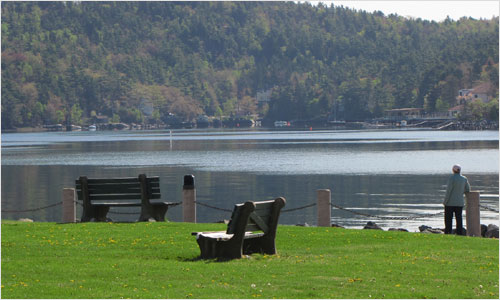 While waiting for his wife at a dental appointment in mid-May, photographer Peter Greenslade took the opportunity to take a walk (with his camera) along the Bedford Waterfront in DeWolf Park.

Peter Greenslade was born and raised in the farming and fishing community of Long Pond, Newfoundland, just outside of St John’s.

He moved to Halifax in 1973 to attend the Nova Scotia College of Art and Design University and graduated with a Bachelor of Design in communication design in 1976. Since then, his graphic design career has taken him to all four Atlantic Provinces.

Peter had also studied photography at NSCAD and his passion grew over the years, but as a hobby only.

He has lived in Nova Scotia for over 30 years, residing the last 16 in Bedford, along with his wife and family of three. He currently works for SperryDesign Inc, Dartmouth.