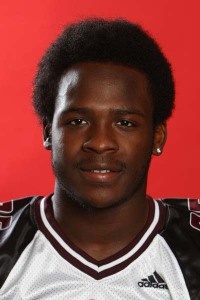 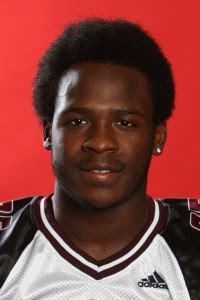 by Armaan Ahluwalia (Twitter: @therealbrindian)
It is finally here, the AUS championship is set to take place between Acadia Axe Men
and the St. Mary’s Huskies. This week eight rematch will have the Axe Men travelling to the extremely hostile Huskies Stadium. The tales of these two teams have been very different as both have taken very different roads to the final.
The St. Mary’s Huskies have got back to the final again, but it was not the way they planned. The Huskies were the odds on favourites to go undefeated this season against a very weak AUS field. The season did not start off well for the Huskies. With an early 17-7 loss to the Axe Men and a crushing 45-10 defeat at the hands of Laval. Things were not starting well for the Huskies as they managed to go 0-3 to start the 2010 season.
Then there was the removal of Quarterback Jack Creighton who decided to not play football anymore. Steve Sumarah then gave the reigns to new Quarterback Micah Brown. Brown came in and looked a little shaky but managed to help get the Huskies back on track
winning the next five games easily. They managed to outscore their five opponents by a total of 193 to 39 in that five game stretch.

This dominant form from the Huskies has been amazing and has really shown how much better they are then the rest of the conference. With the help of AUS all stars: Dan Schutte (DT), Jeff Hecht (LB), Mark Holden (DB), Fraser Vrenjak (CB), Adam Baboulas (T), Jahmeek Taylor (WR & Returner), Kevin Walsh (WR), and Craig Leger (RB) they have destroyed the teams.

The Acadia Axe Men have taken a different road to the finals. They started their campaign off with a surprising victory over the Huskies. They then lost to Bishops on the road, but came back the following week with a victory over the X-men to start the season 2-1. Things were looking good as Quarterback Kyle Graves was in form and rolling. Things after that great start, turned for the worse. They managed to go 2-3 and finish in 3rd place just behind the Mount Allison Mounties.

They went into Mount Allison for the AUS semi final game and came out of Mount Allison with a win in the thick mud. They managed to do it in overtime with a 22-14 victory. With the help of AUS all stars: Jake Thomas (DT), Adrian Saturley (DE), Tom Labenski (LB), Cameron Wade (DB), and Wade Conrad (G) they have managed to grind out games. This team on paper is not one to be concerned with but come game day they manage to show up and fight it out.

This Saturday the Loney Bowl will be a tough fought matchup between the Huskies and the Axe Men. The Huskies fire power on offence and defence will be on display against a weaker Acadia team. If Micah Brown can control the run game and not turn the ball over, the Huskies will roll to a victory. Acadia will need to come out with a strong front seven to stop the run making Micah Brown beat them with his arm. The Huskies overall power will be too much for the gritty Acadia Axe Men. Look for this game to be a blow out with the Huskies dominating the Offense, Defence and Special teams. The Huskies have too many offensive weapons and a strong defence which will be too much for the Axe Men.

Prediction: St. Mary’s 38 Acadia 13
Armaan Ahluwalia is a writer with the Dalhousie Gazette. Visit his blog www.1inthestands.wordpress.com and follow him on twitter @therealbrindian.