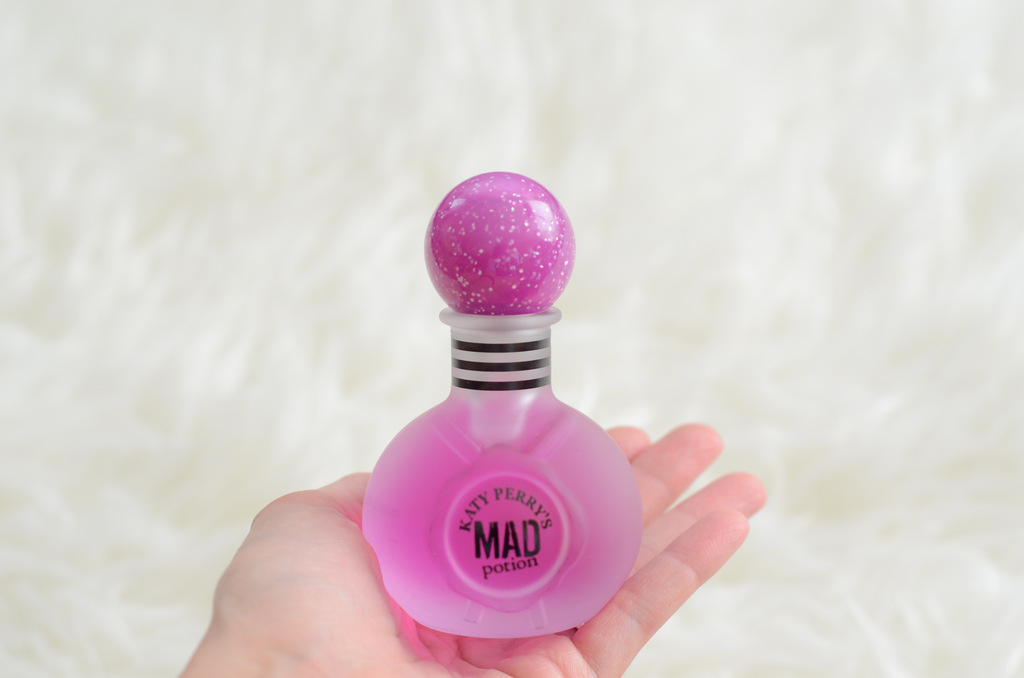 While I don’t condone Katy Perry’s cattiness to my girl Taylor Swift (or cattiness in general for that matter) I do have to admit I do really like her new fragrance “Mad Potion”.

Whether or not mean girls like to smell like delicious cotton candy remains inconclusive since I am not of that variety anymore (we all were a little mean in High School) but I can tell you what I think about the fragrance. 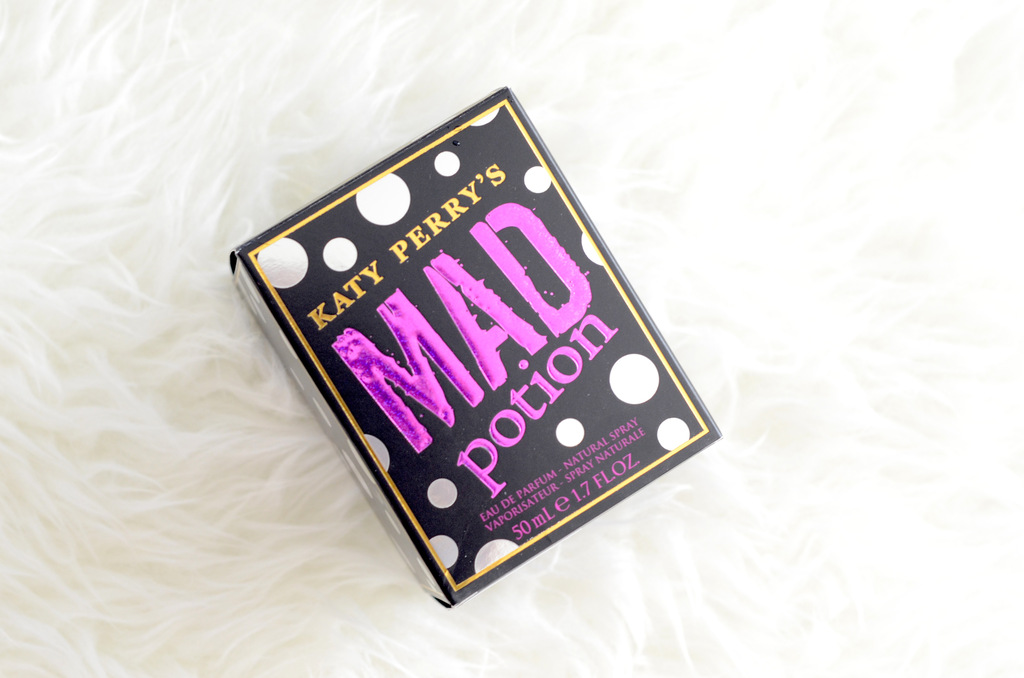 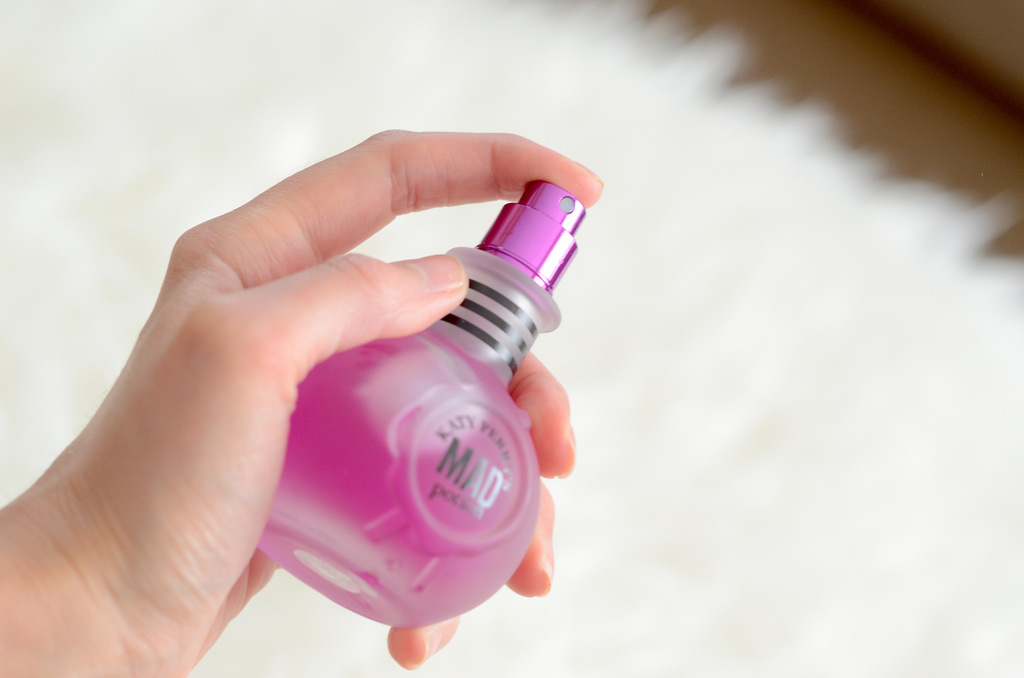 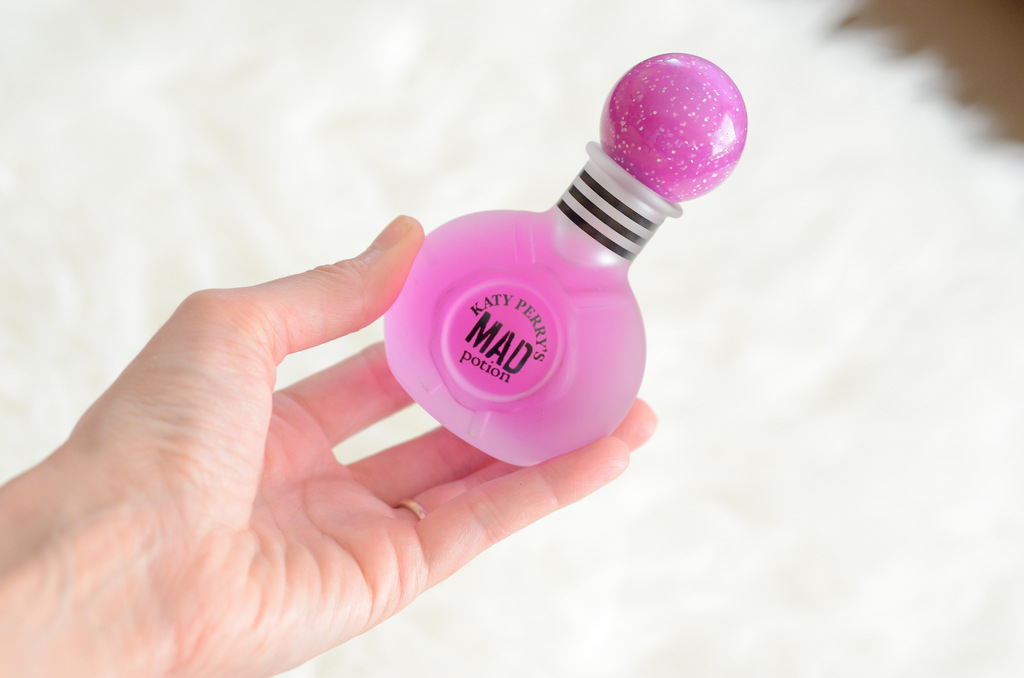 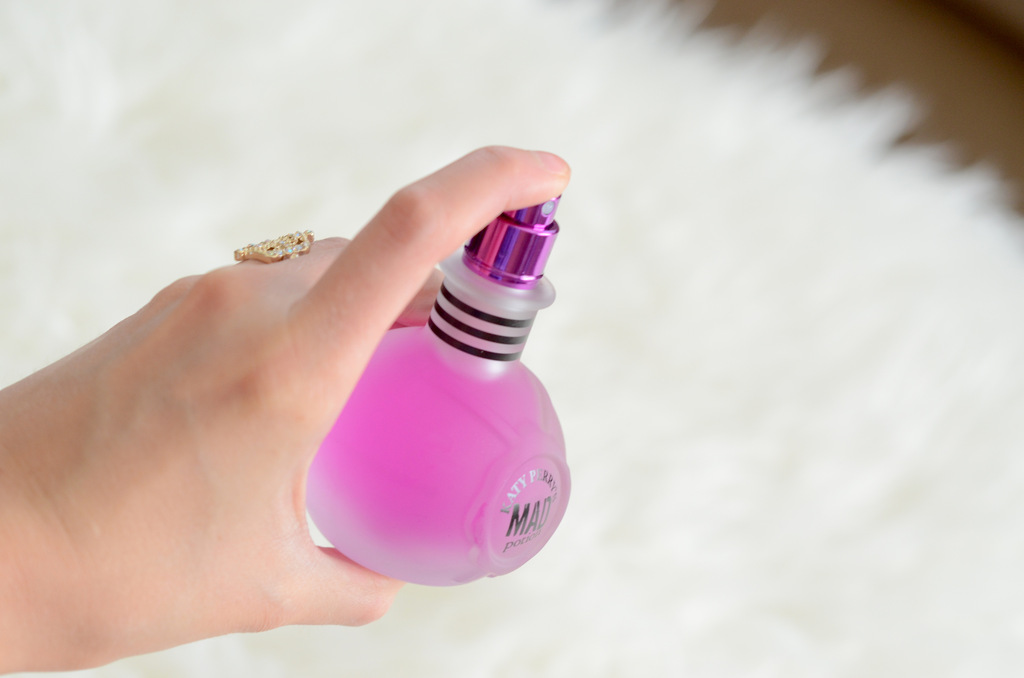 IT SMELLS SO GOOD I WANT TO EAT IT.
“Light hearted and playful. Katy Perry’s Mad Potion embraces her fantastical side with which is reflected throughout the imagery of the campaign. Katy plays the role of the magician and grabs all the madnes and quirky ingredients that float around her and places them in her magic hat. As she puts the flying kitty, dice, stars, and moons in her magic hat, she creates the mesmerizing Mad Potion”.
I’ve read that when it comes to fragrances “men love the smell of vanilla”, so if you’re looking to attract one this fragrance might be your ticket (just saying) lol. Tips for landing a man aside, if you like the smell of vanilla and musk you will really like this scent because that’s what it’s predominantly made up of. It’s very sweet, and almost remind me of cotton candy, so it would totally appeal to a younger demographic (in my opinion).
I really do like the smell 🙂 and I did immediately. It does hang around for quite a while too, so it’s got some staying power. I also think it’s cute how the front resembles the embossed effect that’s reminiscent of a wax seal like you would see on old apothecary bottles or old letters while its bright purple color (and glittery top) makes it modern and youthful.
When it comes to fragrances you really do need to smell them for yourself in order to know if you’re going to like them, but because this one encompasses so much vanilla and musk (very compass combo for fragrances) I think it’s one that generally most people would like.  Also who doesn’t like the smell of candy? I mean you smells sugary and sweet what’s wrong with that?
Hope you found this review helpful.
x Short Presents