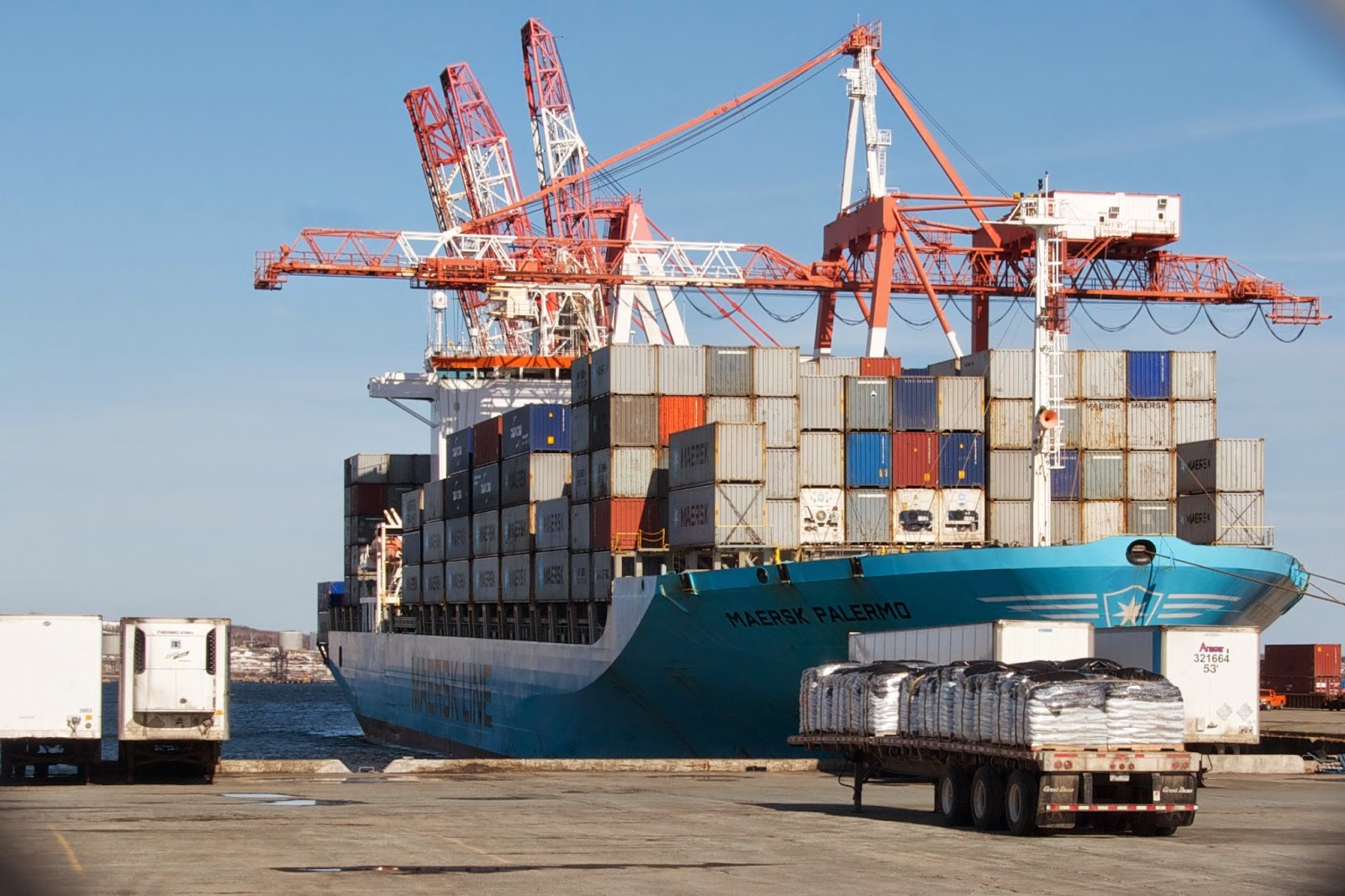 Nothing says problem like an odd choice of pier and position. Maersk Palermo spent her usual saturday stop at pier 36, bow first. Maersk Palermo usually stops at pier 41, and on saturday that pier was taken by the Tiny Sina for Melfi.

Also Maersk Palermo was bow first,Vessels at pier 36 tend to back in stern first, finally she appears to be balasted down in the bow.

Maresk Sails from montreal to Rotterdam via halifax, so its possible she took some ice damage in the river.