I have been looking forward today.

I know. You don’t have to remind me that it is Monday. You don’t have to tell me that I have to wake up to a 6:30 am alarm clock (if the baby doesn’t wake me up first – which he did), rush around trying to get myself and my son ready for the day, and be out the door before I even have a chance to grab my morning coffee. I am aware.

But, it is election day in Canada. And despite not being a political junky, I really do love the thrill of an election. I love when the months of speculation, the weeks of running, and the ballot marked X finally coalesces into one night of pure suspense. Tonight.

I am simply giddy.

But I am also frustrated. I am frustrated with people who sit back and decide not to vote; who decide that being in a democracy is something to take for granted. Especially young people – people my age and younger. But I won’t get into that. There have been some great arguments against not voting, and I feel as though I have nothing to add. (Please click on the two links listed – especially if you still have not voted.)

There is one argument against voting that really hurts my heart: that one vote doesn’t matter. First of all, this is a straight-up lie (see links above). But beyond that, as a mother, I am saddened at a different level by this mentality.

One vote is just a single opinion of one person. It is thrown into the pool of votes like a drop in an ocean. But it is counted. It is listened to. And voters are catered to.

It matters. You matter. 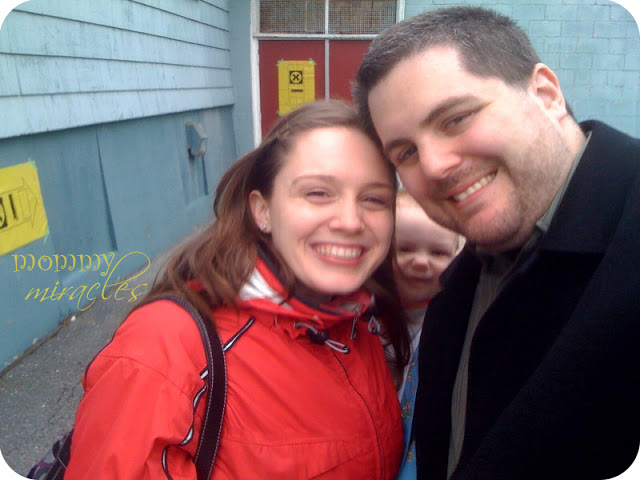 Voted!
Also, funniest picture OF LIFE!
Photo taken today.
Laura (@LauraORourke) is a photographer who lives in Halifax, Nova Scotia. A wife to Dan and a mother to Cameron, she spends her free time blogging and reading. Her blog finds its home at http://miraclesofamily.blogspot.com. Her photography can be found at http://www.olalaphotography.com.