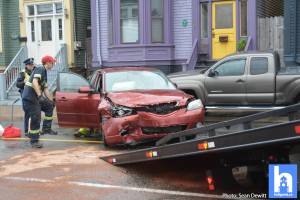 ** Updated: At 4:15 p.m., a Halifax Regional Police officer in a marked police vehicle stopped on Russell Street, observed a red Mazda sedan travelling at a high rate South bound on Gottingen Street and did not stop at the four-way stop at Russell Street. 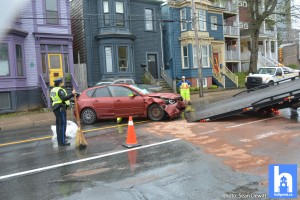 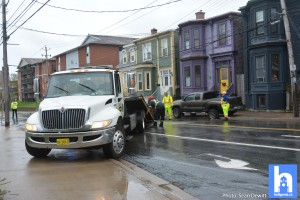 The police vehicle then activated both emergency lights and siren to respond to the motor vehicle collision.

** Update: The driver will be facing charged with Dangerous Driving, Failing to Remain at the Scene of an Accident, Possession of Stolen Property (license plate), Resist Arrest, Obstruction and violations of court orders. 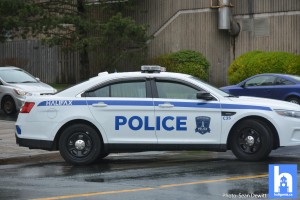 ** HRP Correction from the previous release, the female passenger is not pregnant.