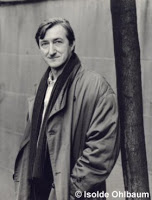 Esteemed British author Julian Barnes has been awarded the prestigious 2011 Man Booker Award for his novel The Sense of an Ending.
This win must come as a bit of a relief for Barnes, as it was his fourth time nominated. He had also been previously nominated for Flaubert’s Parrot in ’84 England, England in 98′ and Arthur and George in ’05.

The Sense of an Ending is a novel about memory and the tricks it plays on people. It is described by NoveList as being both psychological and literary fiction, with a spare and witty writing style. It is also relatively short at 150 pages.
Stella Rimington (Chair of the judging commitee), said it had “the markings of a classic of English Literature. It is exquisitely written, subtly plotted and reveals new depths with each reading. It is a very readable book, if I may use that word, but readable not only once but twice and even three times. It is incredibly concentrated. Crammed into this short space is a great deal of information which you don’t get out of a first read.”
“Deservedly longlisted for the Man Booker prize, this is a very fine book, skilfully plotted, boldly conceived, full of bleak insight into the questions of ageing and memory, and producing a very real kick – or peripeteia – at its end.” – Justin Cartwright – The Guardian