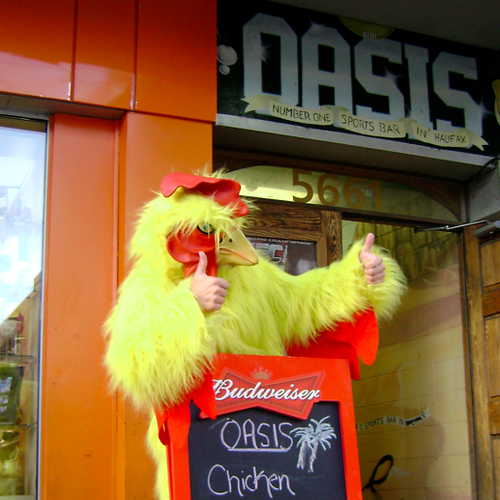 A man has been charged in connection with an assault on a store mascot on Spring Garden Road yesterday.
At approximately 7 p.m., patrol officers were flagged down by a man dressed as a yellow chicken mascot in the 5600 block of Spring Garden Road. The man was promoting a local establishment from the sidewalk when he was approached by the suspect, who punched him in the head. The suspect fled on foot to a nearby store where he was arrested without incident. The victim was not physically injured.
The 46-year-old male suspect was released from custody. He will appear in Halifax Provincial Court at a later date to face a charge of assault.
Source: Release
#99