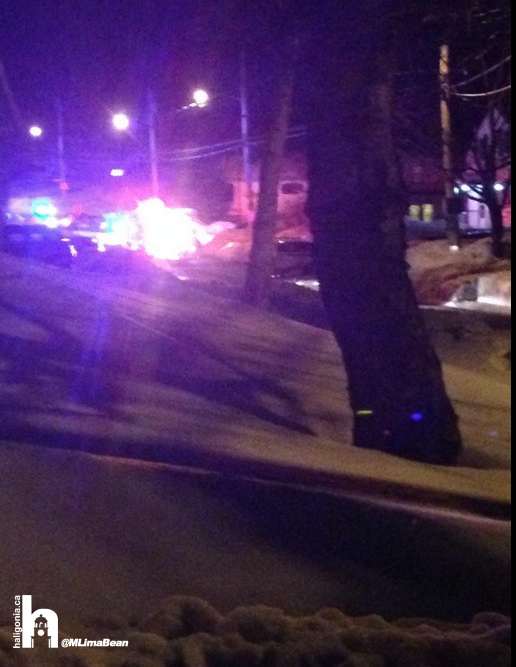 A man is facing charges after fleeing from police and colliding head-on with another vehicle in Halifax last night.
At 8:50 p.m. officers attempted to stop a vehicle for a motor vehicle infraction at the intersection of North West Arm Drive and Cowie Hill Connector. The vehicle continued to be operated in a reckless manner in a residential neighborhood, resulting in the termination of the pursuit at the intersection of Tamarack Drive and Osborne Street. Shortly after, officers located the vehicle, which had crashed head-on into another vehicle on Mayo Street. The 22-year-old male driver of the vehicle which fled and the 51-year-old male driver of vehicle that was struck both suffered non-life threatening injuries and were treated at the scene by EHS.
The driver of the vehicle which fled police was arrested at the scene without incident. He has since been released from custody and will appear in Halifax Provincial Court at a later date to face criminal charges of dangerous operation of a motor vehicle and flight from police.
The incident remains under investigation.
Source: Release
#99